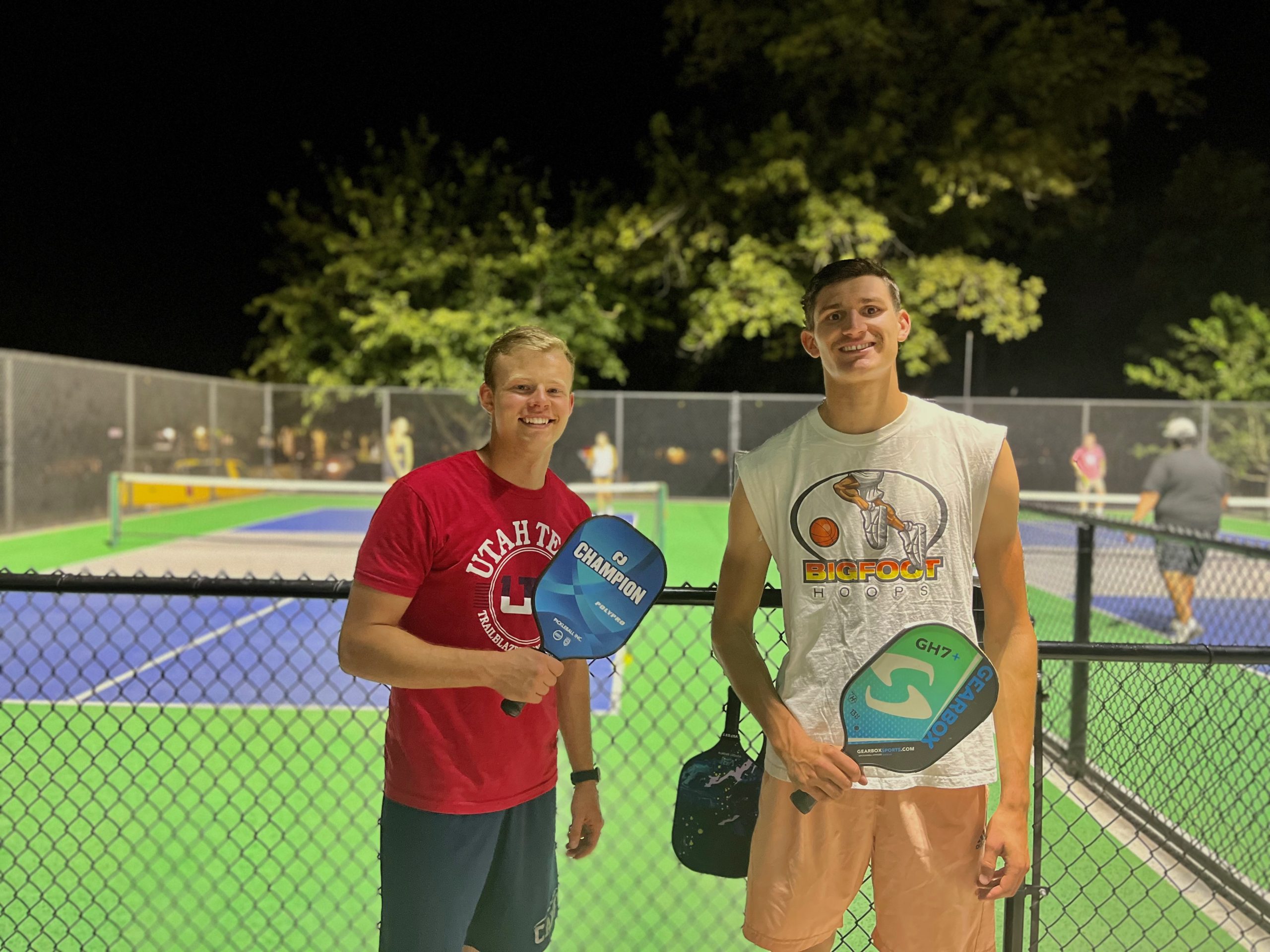 Pickleball is one of the fastest growing sports throughout the United States, specifically in St. George.

Utah Tech University’s pickleball club continues to grow as well and provides students opportunities to participate in pickleball matches that range from beginner to advanced. The club meets on Monday nights from 8:30 p.m. to 10:30 p.m. at Vernon Worthen Park.

“Pickleball is growing super big right now, especially in St. George,” Hunter Aiono, a junior engineering major from Las Vegas said. “We are pretty lucky because we have the infrastructure for it, and we are able to field all the growth.”

In addition to the weekly social, there are two pay-in tournaments a semester and service opportunities.

Every Monday night, students have a chance to socialize and enjoy music, food and more. Pickleball paddles and balls are also provided.

Brandon Chelsey, a senior cyber security major from St. George, said, “We usually have more people than courts, so we take the four on four off approach through a “paddle queue system.”

Not only is there a pickleball club, but there is a competitive pickleball team as well. This team is by invitation only and competes against other collegiate teams. The competitive team partners with the club to give students the opportunity to compete against others outside of Utah Tech.

The competitive pickleball team will face universities such as Utah State University, Brigham Young University and more. The team will also be playing a national tournament for the first-ever collegiate championship later this year.

“The club has added a sports team that will be covering travel expenses to play in tournaments and represent Utah Tech,” Chelsey said. “We are competing in the DUPR National Collegiate Championships in November at Dreamlands, Texas.”

Although the pickleball club is the second biggest club, it hosts the largest events and has the most recurring members at events each week.

Chelsey said he has helped start clubs before, but the pickleball club has been one of the easier to manage because of the consistent players.

Makenna Loveless, a sophomore dental hygiene major from St. George, said she enjoys meeting all the new people from different places and the welcoming environment of the club.

“We as a leadership circle try to mix and mingle with everyone and try to create a very safe and fun environment,” Chelsey said.

The club strives to make everyone feel included when they show up, despite their previous pickleball experience. It is common for players of all different skill levels to partner up and play together.

“There’s a reason we won club of the year last year,” Chelsey said.