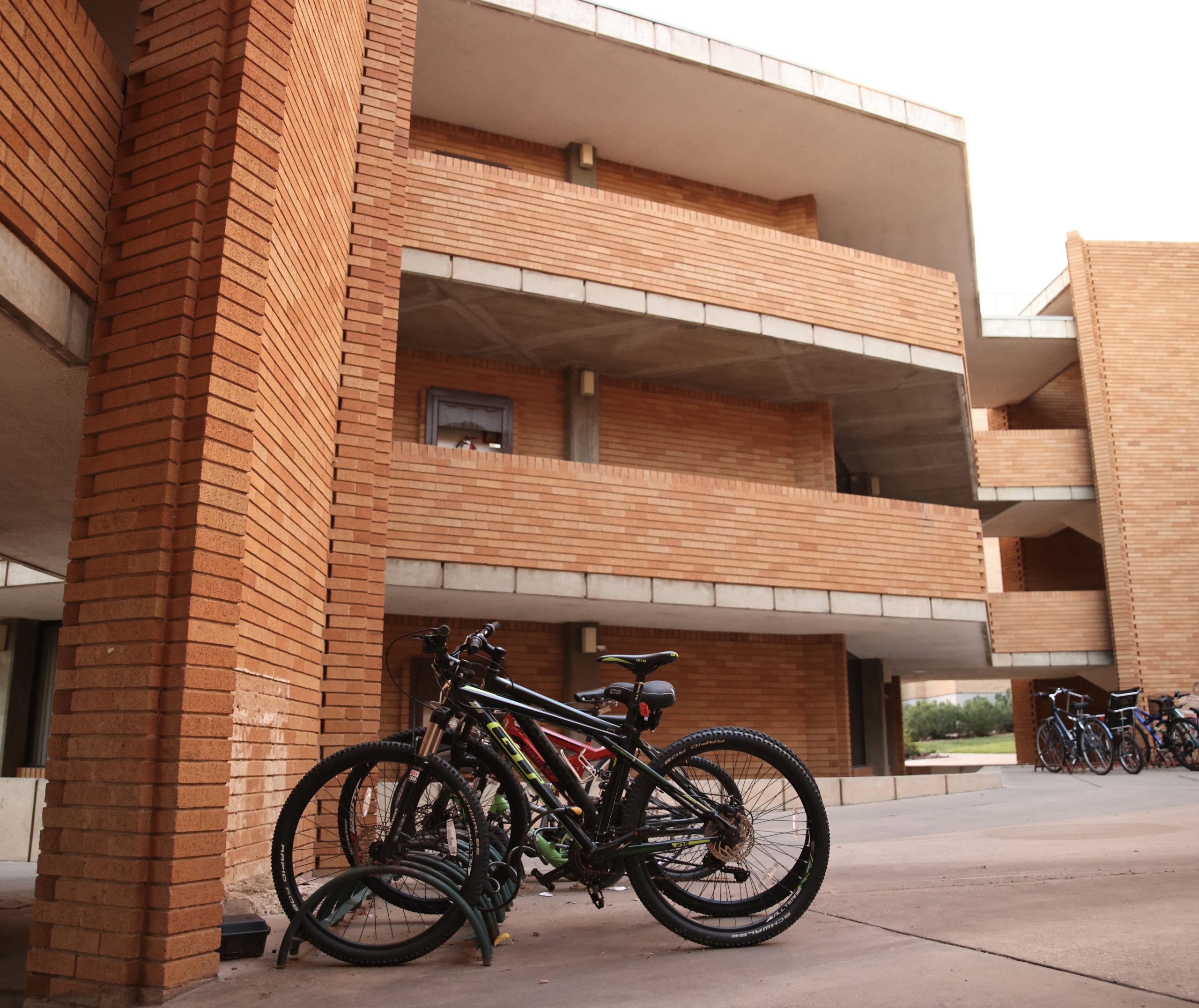 The St. George Police Department arrested an individual on Sept. 13, near an on-campus housing unit at Utah Tech University.

Interim Chief of Police Ron Bridge said the arrestee, 18-year-old Christian Quintana, is not a student and had participated in a series of behavioral events beginning on the night of Sept. 12 and ending in the early morning of Sept. 13.

What started as a small gathering between Quintana and other students at the Nisson Towers housing complex resulted in intoxication, burglary, aggravated assault and the blandishment of a knife.

The people involved with the incident included Resident Assistant Ian Nevius, a sophomore psychology major from St. George, who said he was woken up Tuesday morning by some “pretty intense yelling.”

He went to investigate and saw Quintana on the third floor of the complex. After asking him if something was wrong, Quintana met Nevius on the bottom floor where he brought out a knife and asked if they were going to have a problem. Eventually, Nevius was able to calm the individual down, convincing him to put the knife away.

“It’s definitely nerve-racking when you see a knife get pulled on you,” Nevius said. “Adrenaline pumps but in my head, it was clear. I felt like I should keep talking to him.”

Upon putting the knife away, the students who knew Quintana from the gathering the night before came down to assist Nevius, one of whom called the police.

“I didn’t get stabbed, none of my residents got stabbed, and that’s amazing,” Nevius said. “Police were right there and took care of it, and I think that’s the best way it could have gone.”

Upon further investigation, officials found that Quintana had already threatened individuals with the knife, assaulted a woman, and broken into an unlocked apartment the night before. He stole items including a set of keys that was later returned to the owner.

After the incident, Seth Gubler, the director of housing and resident life, met with all the students involved.

To ensure feelings of safety and protection amongst the students, Gubler said the housing staff went through a week-long training before the start of school. The training taught the staff how to respond to dangerous situations in a safe and timely manner.

Along with professional training, four resident assistants and one RA supervisor are available 24/7 to assist on-campus housing residents, especially after office hours. More information about who to contact during abnormal circumstances can be found on the housing website.

Other than keeping doors locked, reporting suspicious activity, and being mindful of the guests you bring over, Gubler said, “Individuals should be cautious. Taking small steps to create safety for your environment will pay off in huge proportions.”

As for the campus police, they do 24/7 coverage by campus patrols and building walkthroughs. They also engage with students and housing staff throughout the school year.

“Our officers prioritize safety on campus,” Bridge said. “We have a proven track history of safety on this campus and are considered to be in the top few in the nation for safety.”

The safety and well-being of every student, staff and community member can be found right at their fingertips through the Utah Tech Safe App.