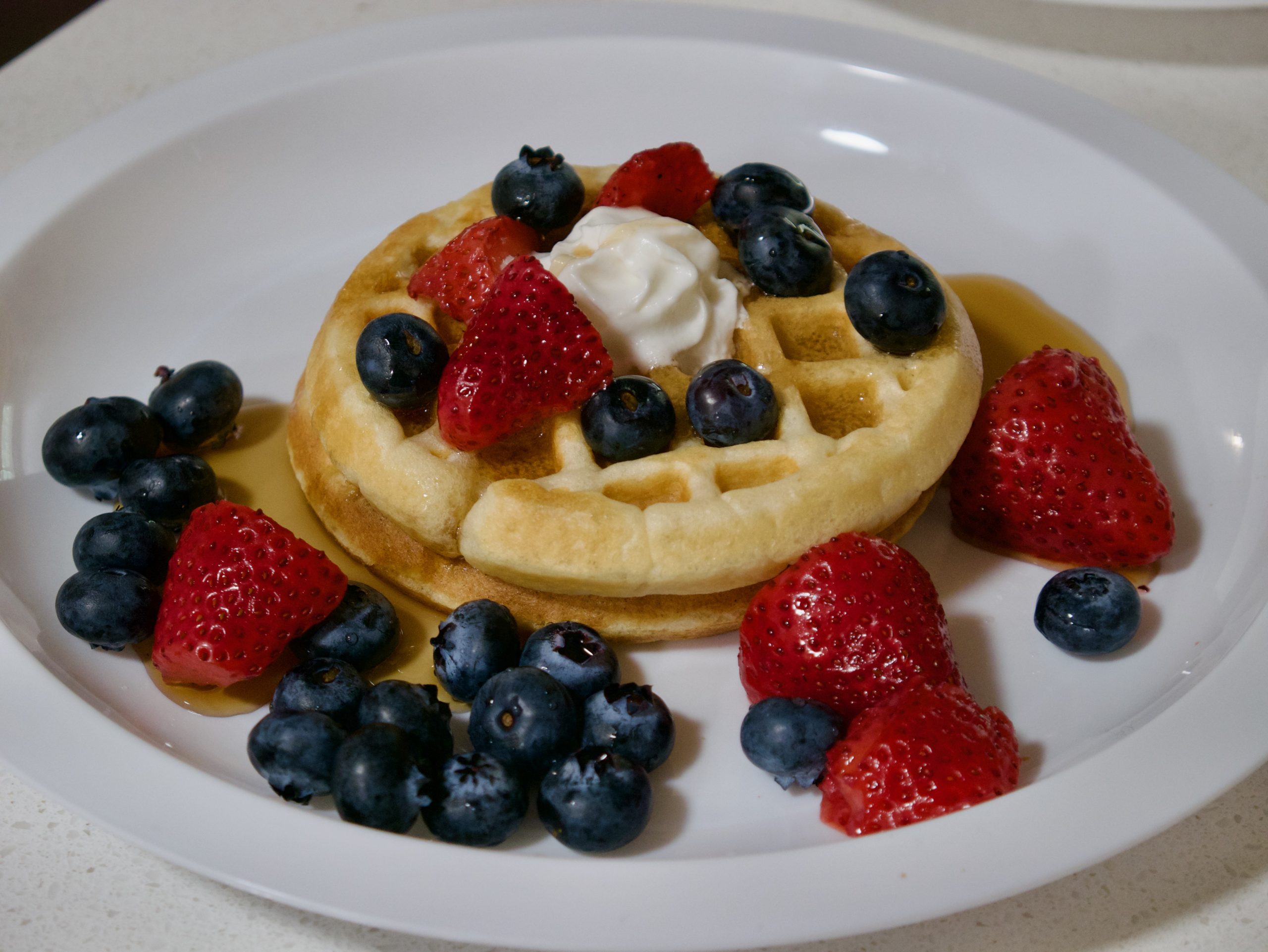 The age old debate: pancakes or waffles? It’s a debate that comes up often and usually there’s a clear winner; waffles.

To some, pancakes and waffles are basically the same thing but in a different shape, but when I think about the two breakfast foods, there’s only one option for me, and that’s waffles. It’s so obvious they’re better than pancakes in almost every way.

While pancakes are the healthier option, waffles are too much of a breakfast staple to part with. There are ways to make each option healthier by adding more protein and choosing healthier toppings, like bananas, peanut butter, etc.

Waffles are easier to make and students can make them in dorms without stoves. All you need is a waffle iron. Plug it in, wait for it to heat up, and you’re ready to go. It’s hard to mess that up. You don’t have to worry about flipping it before it burns because the waffle iron does it for you. Pancakes pose the risk of burning, falling apart or being completely raw on the inside. I’m sure we’ve all had the experience of trying to flip a pancake to discover it still raw. It’s not a fun experience.

While the batter is similar, the taste and texture of the two are completely different. With the divots in a waffle, it holds syrup and toppings much better than a pancake. You can’t put chocolate chips or blueberries in a waffle like you can a pancake, but waffles have the perfect divots to pile on more and they’ll melt the same way. You can do all the same things as a pancake, but make it better with a waffle. More toppings, better texture and better taste.

Waffles don’t have the mushiness of a pancake, they’re crispy on the outside and fluffy on the inside. That combination creates the perfect waffle.

Waffles are more structurally sound than their pancake counterpart, which means it’s easier to pile on the toppings without the worry of it falling apart. Pancakes will fold before you can add all the toppings you want to it. Waffles can have diverse flavors, too. They can be savory, sweet or even both if you want.

I grew up with pancakes as my main breakfast, my mom didn’t make waffles as often. When I moved out, though, I started making waffles because it was easier and it was one of the best changes I’ve ever made. Nothing excites me more than pulling out my waffle iron in the morning to make my favorite breakfast in just minutes.

There shouldn’t even be a debate; waffles are far better than pancakes.