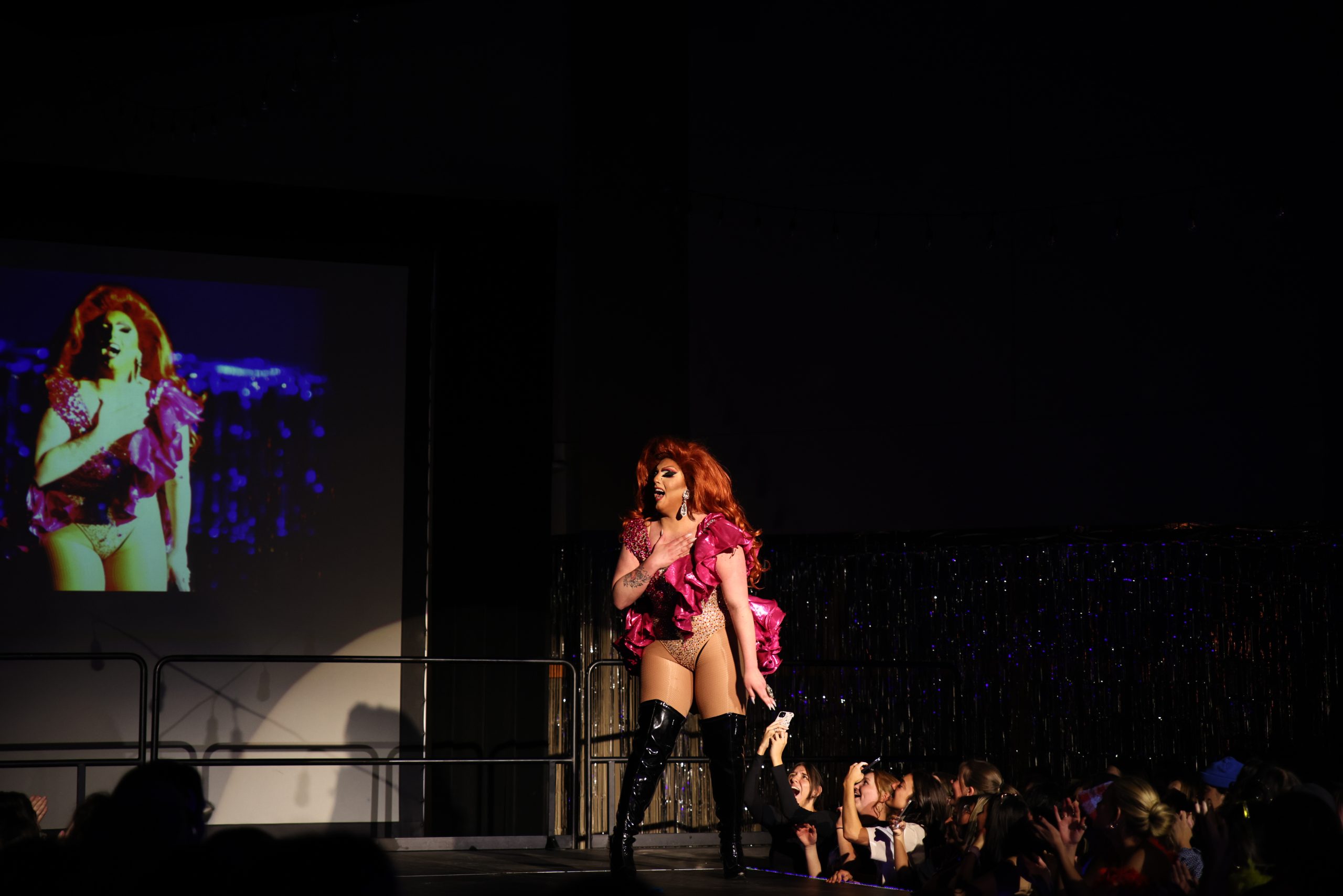 Utah Tech’s drag show brings diversity to campus as well as helps all students have the opportunity to express themselves and feel welcomed. Misha Mosiichuk| Sun News Daily

Utah Tech University’s annual drag show brings a sense of community and belonging to students on campus despite surrounding controversy.

On Oct. 19 one of the most anticipated events Utah Tech puts on happened – the drag show.

The drag show tends to be one of the most attended Wednesday night activities with 750 people in attendance this year.

A lot of controversies explode within the St. George community because of these performances. However, this event allows students to feel comfortable to share their identity with a sense of belonging on campus.

LGBTQ+ student organization president, Sarah Ostler, a sophomore biology major from Highland, said events like this allow those who identify as queer to be able to feel accepted and loved, and that was the main concern when planning the drag show this year.

Despite the negative comments and protests that happened directly outside the building during the event, those involved believe it creates a better sense of belonging for those who are part of the LGBTQ+ community or allies of that community.

This event brings different types of students together, as the LGBTQ+ student organization was able to collaborate with Utah Tech’s Student Association.

Director of live events at UTSA, Oscar Mendoza, a sophomore information technology major from Herriman, said his hope for the event was to create a bigger safe space for those in the LGBTQ+ community and make the campus open and friendly.

Ostler said, “Having a big event with UTSA’s help [allows] recognition of queer students on campus.”

Active Learning, Active Life is the main mantra of Utah Tech. This event also gives students a way to unite with others for support, which aids in this mantra becoming true for them.

A student drag queen, Starlett Mars Magazine, a freshman general studies major from Provo, said, “There is always going to be controversy about queer people, but this event helps show people who we are.”

Another student queen that performed in this year’s drag show, Beverly Vesper, a freshman population health major from Provo, said performing gave them so much confidence that can help them in their own life off the stage.

In response to those who question the event, Ostler said: “People don’t recognize that we are not evil, and if you feel that way come meet the community. We want to be loved and accepted just like you.”

Utah Tech offers over 90 clubs and organizations on campus to help students find their place. Including events that focus on different identities, cultures, lifestyles and beliefs, which are part of Utah Tech’s values.