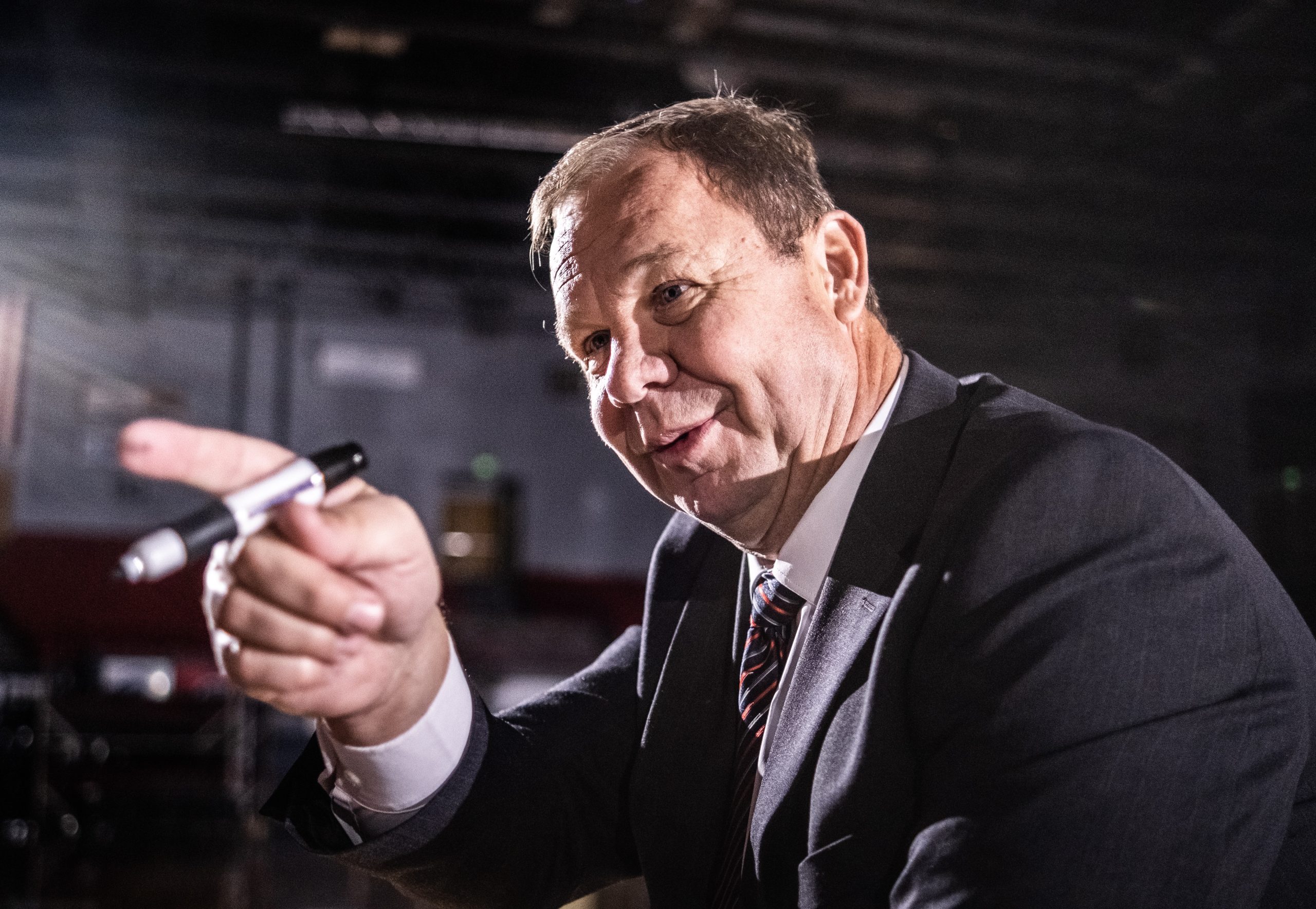 With close to 600 career wins, Utah Tech University is home to the winningest men’s basketball head coach in the state, Jon Judkins.

On the court and off, his successes and accomplishments extend far past any other. With 18 years of experience at the university, Judkins has achieved six Pacific West Conference Coach of the Year awards, seven conference championship wins, and nine National Collegiate Athletic Association Division II Tournament appearances. His hard work has resulted in a recent five-year contract that will take him into the 2026-2027 season.

“Coach Judkins does a really good job with his program, and that’s the type of coach and personality we wanted to keep here at the university,” said Ken Beazer, executive director of athletics. “It was actually a really easy decision to give him a contract.”

Although Judkins has been on the staff since 2005, receiving a contract was a new experience for him, He agreed to the contract this past summer.

“I haven’t had a contract, so it was nice, and it meant a lot,” Judkins said. “I appreciate Ken Beazer and President Williams for getting that done, and I’m excited.”

His history of success was one of the main reasons for keeping Judkins as the head coach, but his character also played an important role in presenting him with a contract.

“His personality just fits the area,” Beazer said. “He’s demanding of his kids and has high expectations for them, yet he’s very personable. He’s just an all-around good guy.”

Basketball player Jacob Nicolds, a Dixie State University graduate, came to play at the university because of the coaching staff. With this year marking his fifth year on the team, Nicolds has come to know Judkins as not only a coach but also a father figure.

Nicolds said, “It’s been a nice ride with him because he’s always told me to be who I am as a player and wanted me to embellish who I am to the max.”

On top of being supportive, Nicolds said his coach has a “great sense of humor,” which has helped the team enjoy playing. Judkins also pays attention to details, and as a result, it has helped them obtain all of their victories. With energy like no other, the head coach creates an environment of enjoyment for his players and staff.

“I really like his energy he brings to practices and games,” Nicolds said. “He’s really intense, and he expects greatness from you, but that’s a really good thing.”

Still being fairly new to the NCAA Division I men’s basketball league, the Utah Tech athletic staff hopes to add more accomplishments for this upcoming season.

“Judkins has had a lot of successes at the Division II level,” Beazer said. “We want to transition that and extrapolate from DII to put us into the DI area.”

Beazer and the basketball coaching staff hope to put themselves in a position to compete for more conference championships and ultimately be invited to the NCAA basketball tournament.

“This is the first year where we can actually play in the Western Athletic Conference Tournament, so that’s been our goal,” Judkins said. “To get to the WAC tournament number one, and number two, make some noise once we get there.”

Taking “baby steps” is how the team will accomplish these goals, Judkins said, and despite the challenges that may come with it, he loves being a part of the team. He also said that by being a part of the program, he enjoys teaching, watching his players grow, and seeing his hard work pay off which makes it all worth it.

“There’s highs and there’s lows, but I sure do love to come to work,” Judkins said. “I think here is a challenge, but I’m excited for it. I think the future here is bright, and that’s why I want to be a part of it.”