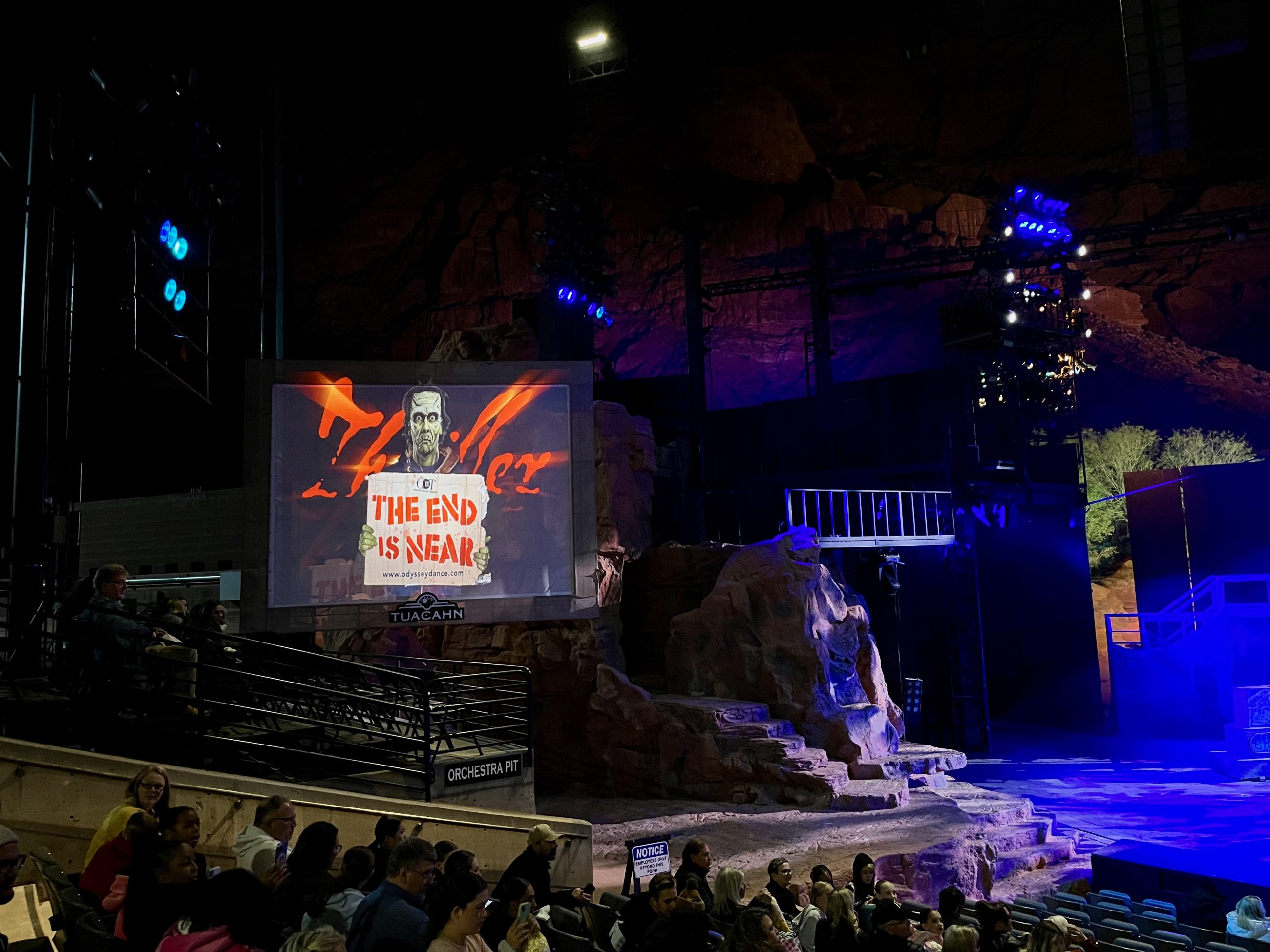 The end is near for Odyssey Dance Theatre’s “Thriller.”

“Thriller” is a Halloween show put on every year for the last 26 years. It showcases talented dancers from all over the state. Some characters in the show include Frankenstein’s Monsters, Chucky dolls and Annabelle. That’s right multiple Annabelle dolls coming after you make for a thrilling show. Many scares and laughs have been shared and will be missed.

In 1994 they wanted to provide a community for dancers to stay in their home state while becoming dancers for a professional dance company. Yeager and his wife brought many dancers’ memories to be cherished forever. They will be moving on to a new chapter in their life and this will conclude the last season of “Thriller.”

Utah Tech University’s very own Odyssey dance alumni, Aaron Meadows is one of these dancers. Meadows is now the director of Utah Tech’s campus store. He trained with Odyssey dance company starting in 2001. He then got to perform in “Thriller” each season being many different characters and learning almost all of the dance routines at some point in his career. His favorite acts include, “Frankenstein and Frankenstein” and “Thriller Bear.”

Meadows had many performances but his all-time favorite “Thriller” performance was when he had to go on for the “river and blood” dance shirtless because the main actor was out, and Meadows was the replacement. This happened at one of the shows early on when “Thriller” was just starting and only toured high schools and Kingsbury Hall. Meadows has been in it from the start and has seen the show progress from the beginning.

Kingsbury Hall was one of Meadow’s favorite places to perform since it was his dream from the start to see himself on that stage. Getting to finally perform on stage and not just in the audience was a dream come true for him.

Meadows, being an Odyssey dance alumni, has seen the success the Yeagers brought to many dancers. With starting a professional company so young, he got to learn to be on his own while having the show be his way of living life. “Thriller” gave Meadows friendships and the start of his new life on his own.

“I’m happy for the next chapter, but it’s sad for the rest of us,” Meadows said.

Seeing the “end is near” written up on the stage at the last “Thriller” performance set the audience up to live in the last moments. This show means a lot to not just dancers but families all across the state. The scares and laughs are happening one last time Oct. 31st on Halloween night at St. George’s very own Tuacahn Center for the Arts amphitheater.

“My all-time favorite part about performing in the show is all the scaring I get to do as a zombie,” Heaton said.

She loves interacting with the audience and making the show come to life. “Thriller” is a fantastic performance and getting the interaction from the dancers up close even just in the aisles is what makes Thriller unforgettable.

“Whenever I am backstage watching the show, I am always amazed by how every act brings Halloween to life,” Heaton said.

The mummies, zombies, Frankenstein, scarecrows, and Bubbles the clown will be getting a rest after showcasing this classic production for 26 years. Many scares and laughs have been shared but will not be forgotten.