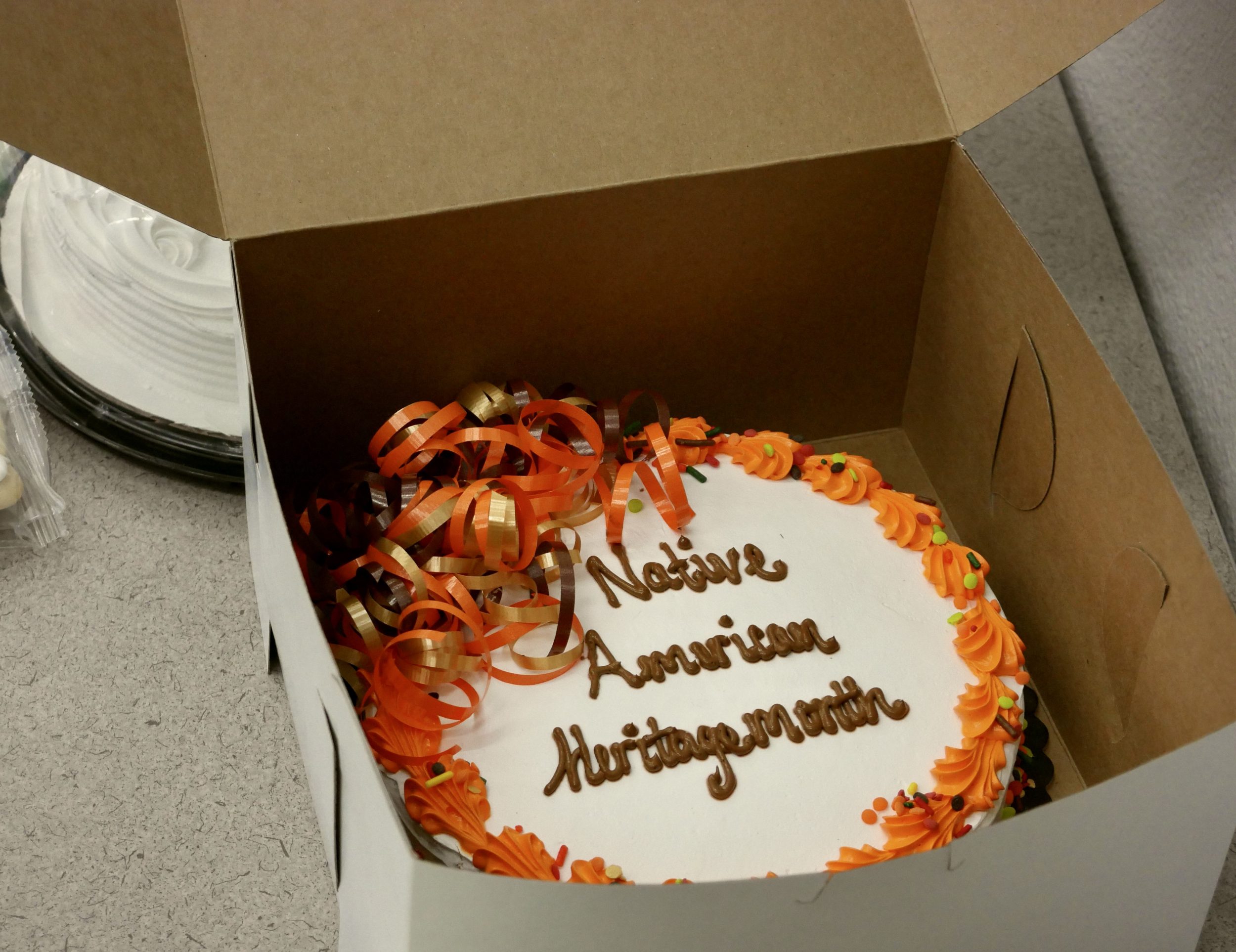 Native American Heritage Month takes place during November. The Indigenous Student Organization along with the Center for Inclusion and Belonging put on various events throughout the month to celebrate. Elissa Aguayo | Sun News Daily

With a national heritage or awareness celebration marking almost every month of the year, November stands as National Native American Heritage Month.

The Center of Inclusion and Belonging and the Indigenous Student Association have partnered up this month to create and host many events that celebrate the traditions, cultures and histories of Native Americans.

“We have been planning all semester to come up with events that help bring awareness and culture to the school and community,” said ISO President Cristal Elias, a senior exercise science major from Cedar City.

With the first event, Native Bingo, having occurred Nov. 7, students were able to come together to honor each other while also engaging in an inclusive environment.

Students can expect to see many more events as the month carries on including a traditional beading night, a speaker event, a “Prey” movie showing and a pageant. With some of the events being a collaboration between CIB and ISO, others will be solely put on by one of the organizations with people from the community coming together to make these events happen.

Mike Nelson, interim director for CIB and adviser for ISO, said: “The important thing with these events is we want to bring awareness. We need to be able to let people know that when we look at indigenous people, there are some beliefs that they are past or non-existent, but we have students that are here on campus thriving.”

Nelson said with some people’s knowledge of Native Americans inferring they are a “relic of the past,” what many people also may not know is the land Utah Tech University resides on was once tribal land.

Before St. George was founded by its pioneers, they had come to a land that was occupied by many Native American tribes including the southern Paiute tribe.

“We want to show that there is beauty that comes from those people that lived here before us, and that the original stewards of this land encompass a lot of different people,” Nelson said.

With Utah Tech’s ethnic diversity totaling to 1% of Native American students and over 30 ISO participants, these students have found ways to honor their own heritage while staying involved with school.

“I love being president of the Indigenous Student Organization and a representative for the Native American community at the school,” Elias said. “It helps me meet different indigenous students and students who are interested in our culture.”

ISO Secretary Mia Tom, a freshman elementary education major from St. George, said she has been able to become more involved with school by being a part of ISO, going to school events and representing her culture. By doing so, she hopes to make an impact through her education.

“Being full Navajo and being here in Utah, what I want to do in elementary education is to make that change to young people in my culture and let them know that they can do the same thing,” Tom said.

By adding to the 0.5% of Native American elementary education teachers, Tom hopes to educate others about her heritage while bringing about more opportunities for young Native Americans to thrive in society.

Tom will carry out her hopes by participating on stage Nov. 29 in the Miss Native Utah Tech 2022 Pageant.

“We have some amazing contestants this year, and we want to be able to support them,” Nelson said.

During the pageant, much of the focus for the performances will be on the traditional talents where the candidates will have the opportunity to highlight the importance and meaning behind different tribes and the practices within each.

“Participating in the pageant will let me have the chance to represent the indigenous culture all together, and me having the chance to do this is an honor,” Tom said. “I’m looking forward to doing my traditional talent because it’ll let me express my Navajo Culture.”

Although this month is a time to celebrate and become educated in the history and culture of Native people, respect and support for this heritage should be remembered throughout the entire year.

“Just because you see one month that’s recognized as a heritage month doesn’t discount the fact that you know, this is an all year thing,” Nelson said. “Although it’s reserved for one month, we want to recognize and honor them all the time.”