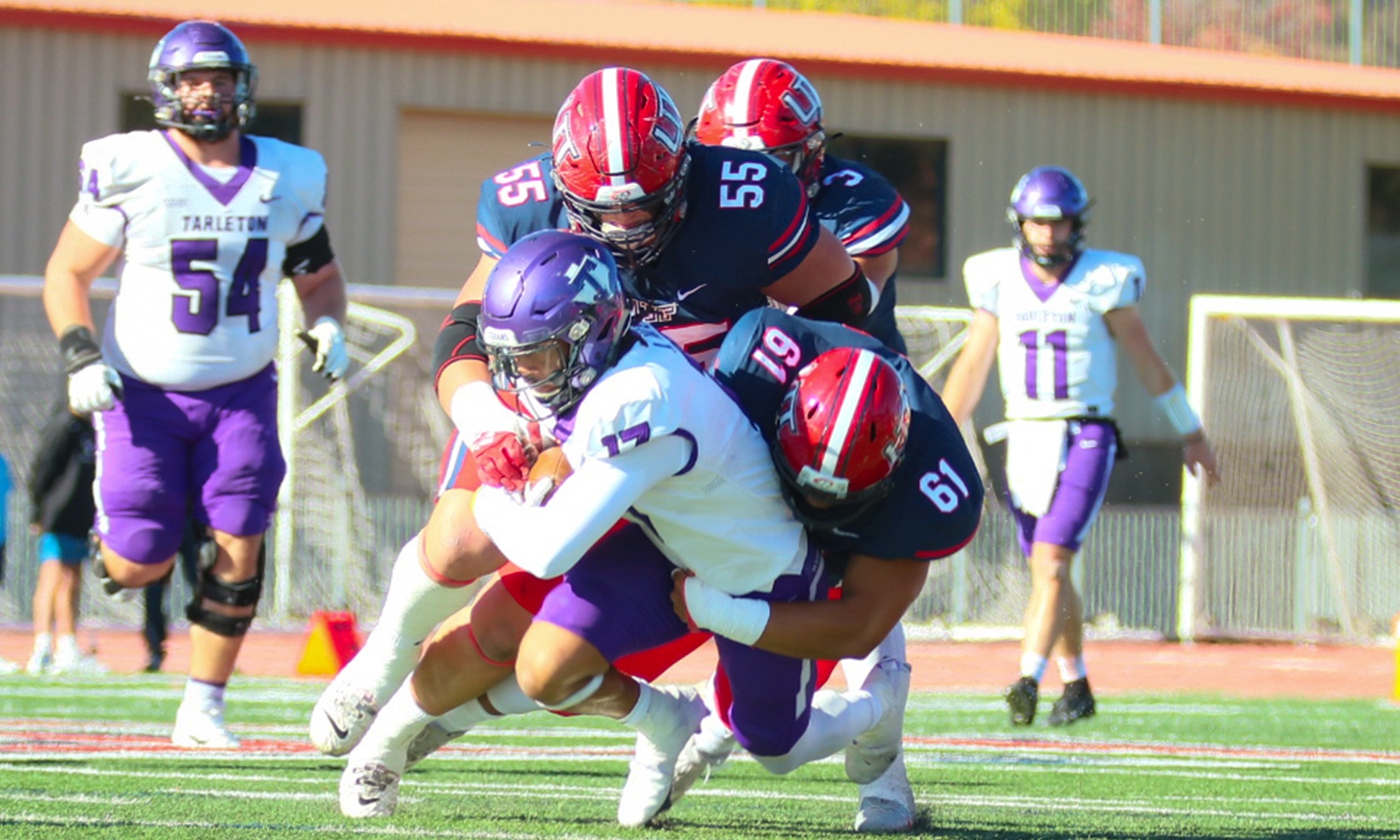 The Trailblazers not only closed out another conference victory but broke some records in the making.

The Texans scored first with its opening drive leading the first quarter 7-0 until the Trailblazers shut them down and achieved their own touchdown.

After this scoring play, Hobert became the single-season receiving yard leader in the program.

Tarleton answered back in the second quarter with an 83-yard, eight play touchdown to take back the game lead of 14-7. The Trailblazers were in a tough situation with only six minutes left in the half and stalled at its own one yard line, but the team overcame the circumstances. In ten plays, the Trailblazers marched down 95 yards and threatened the Texans on the four yard line.

Although the Trailblazers were unable to finish this drive with a touchdown, they didn’t go without scoring. The team settled for a successful 21-yard field goal by placekicker Connor Brooksby, a sophomore business management major from St. George.

With a minute remaining in the half, the Trailblazers were down 14-10. The Texans’ attempted to make a quick scoring opportunity and utterly failed as the Trailblazer defense shut it down. Defensive back Darrius Nash, a redshirt senior communication studies and recreation and sports management major from Los Angeles, picked off the ball from the Texans QB.

With this play, Utah Tech stole the lead before halftime 17-14 with seconds left

This 95-yard game-changing return broke yet another school record in Trailblazer history.

The Trailblazers left no opportunity for the Texans to come back. The team increased its lead 24-14 with the opening drive of the second half in eight plays of 83 yards.

Gabalis finished this drive with another successful pass of 16 yards to Hobert who caught the ball in between two defenders hungry for the ball. Fortunately for the Trailblazers, they were able to leave the Texans in despair.

With this touchdown, Hobert broke another record as he passed previous record holder and All-American Joe Don Duncan for the single-season touchdown reception list of the program.

With two minutes and 10 seconds left on the game clock, the Trailblazers scoring moments were not over. Running back, Quali Conley, a sophomore exercise science major from Fresno, California achieved his eighth rushing touchdown of this season with a run of 35-yards to increase the lead to 31-14.

The Trailblazers kept the lead and stomped the Texans with a 34-28 conference win.

Brooksby recorded another field goal of 22 yards to extend the lead 34-14. The Texans attempted to take the lead again with two more touchdowns to cut the Trailblazer lead from 34-14 to 34-28.

Although, the Texans attempts weren’t enough to beat the Utah Tech defense. The Texans took their last chance of victory with an unsuccessful onside kick, which resulted in a Trailblazer recovery and possession.

All that was left to do to secure the victory for the Trailblazers was to run out the time on the clock, which is exactly what they did.

The Utah Tech football team will conclude its 2022 season at Lavell Edwards Stadium in Provo, Utah, where they will face off against the Brigham Young University Cougars Nov. 19.