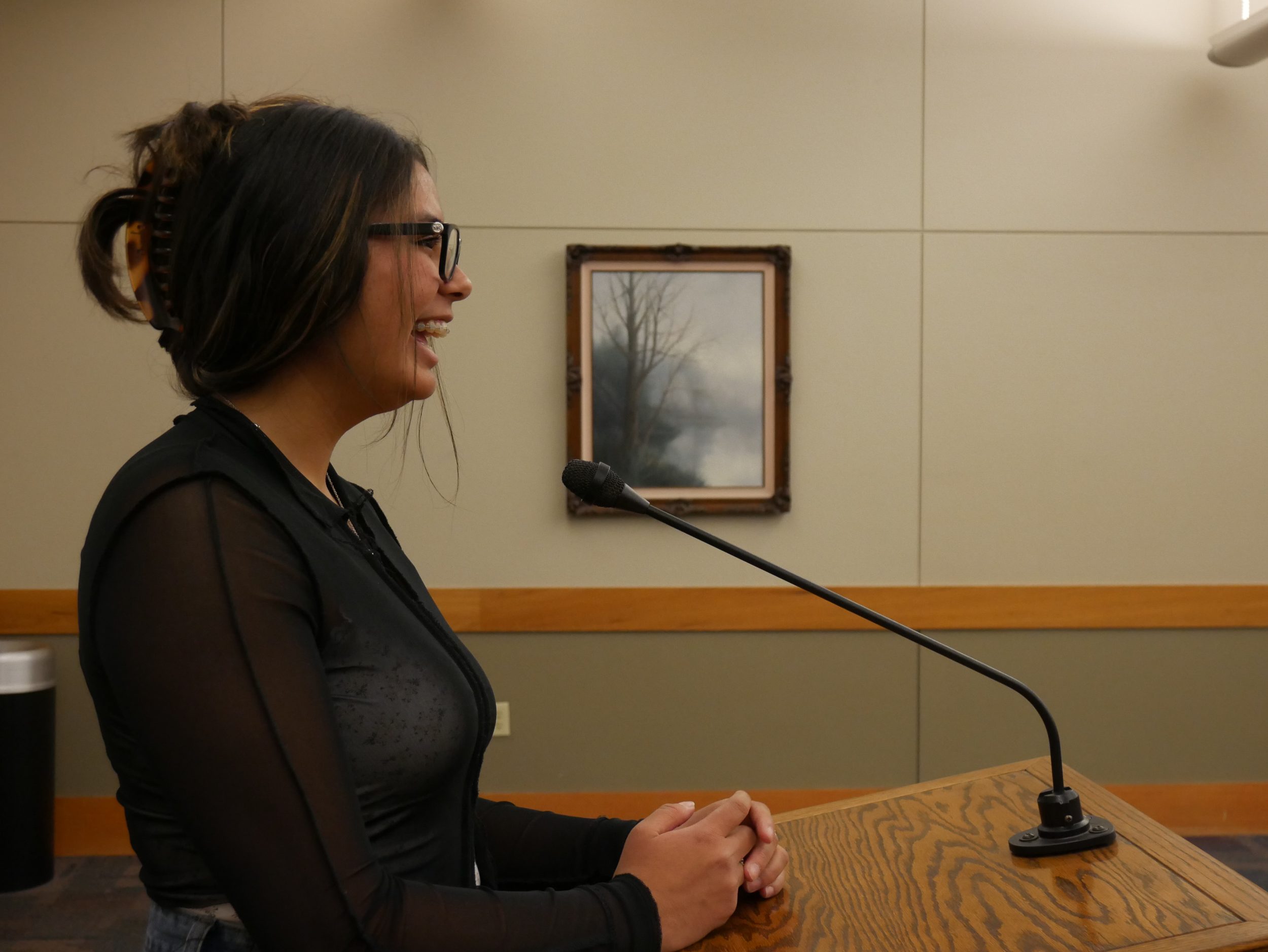 Being the second longest-running pageant at Utah Tech University, the Miss Native Utah Tech pageant will be held in honor of this heritage month.

With November being National Native American Heritage Month, it will mark its 26th year of running, but due to the name change of the university, this will be the first year of crowning the first ever Miss Native Utah Tech. The winner will be awarded the Miss Native title, crown, sash and scholarship.

With months of preparing for this pageant, four Miss Native alumni will be present at the pageant to grade the contestants on numerous factors including:

The pageant will be held Nov. 29 at 7:30 p.m. in the Gardner Student Center Ballroom. Doors will open at 7 p.m. and no tickets are required. The pageant is open to all who are interested in attending to honor this heritage month as it comes to a close.

“It’s important to me because we’re only a small bit, and so keeping our culture and language going is what I want,” Tom said. “There aren’t many of our people, so running for this, I’d like to stand and say we’re still here.”

By participating in the pageant, Tom hopes to be an example for those younger than her while standing for a bigger purpose.

“I want to be that role model for my younger siblings and anyone else who is Native American,” Tom said. “Especially with going to college, I’d love to make an impact on the younger generation that they can do the exact same thing being native.”

Her modern and traditional talents will consist of teaching the audience more about her culture and the practices within her tribe.

Making an impact has always been important to Tom, and by majoring in elementary education, she hopes to make a change within society.

“Not many of us go to college, and my major that I’m going into, there’s a small percentage of elementary education teachers,” Tom said. “Running for this pageant will help me be part of the change and represent my people, especially saying that we’re going to college.”

Kiki Adolpho, a sophomore art major from the Siksika Indian Reservation in Alberta, Canada, said she is participating in the pageant to open more doors for her while bringing together other members of her Native American community.

Through generational trauma and trials of the past, Adolpho said she feels many Native Americans face the same challenges such as poor mental health, low self esteem and decreasing confidence.

“We often feel like we’re just pushed to the side, and like we don’t matter, but that is not the case,” Adolpho said. “We do matter, our culture is beautiful, and that’s why this pageant is amazing because it shows the beauty of all our cultures and different tribes.”

By participating in the pageant, Adolpho said it will show the more “elegant” side of Native American cultures and how “beautiful” they can be.

She hopes to show this beauty through her traditional and modern talents by showcasing her Blackfoot Tribe’s love for storytelling and dancing.

Despite her struggle with public speaking, she looks to overcome this challenge by competing in the pageant.

Elissa Aguayo, a senior digital film major from Cedar City, said she decided to run for Miss Native to honor the traditional side of her culture while celebrating this month and the different Native American tribes.

As part of the Paiute Indian Tribe, Aguayo said: “I’m looking forward to seeing the other girls’ talents because they’re different tribes than me. I just want to mostly see their traditional talents and learn what their tribes do.”

For Aguayo’s talents, she hopes to show her tribe’s culture through speaking its native language.

“For my traditional talent, I chose it because my grandma helped me learn the language,” Aguayo said. “I’m doing it because I think it’s important to know the language, and it’s something that is also becoming less and less [common] within the tribe.”

By competing with other girls, Aguayo said she sees them more as a support group rather than her competitors.

“I think it’s nice just knowing that we’re all facing the same things by being Native American,” Aguayo said. “Having that support group really just makes it feel less competitive and stressful because we all kind of understand why we’re doing this.”

Aguayo said she hopes people from the community will come to support the girls in this pageant so they can understand their cultures, be connected to their heritage and “end this month with a bang.”