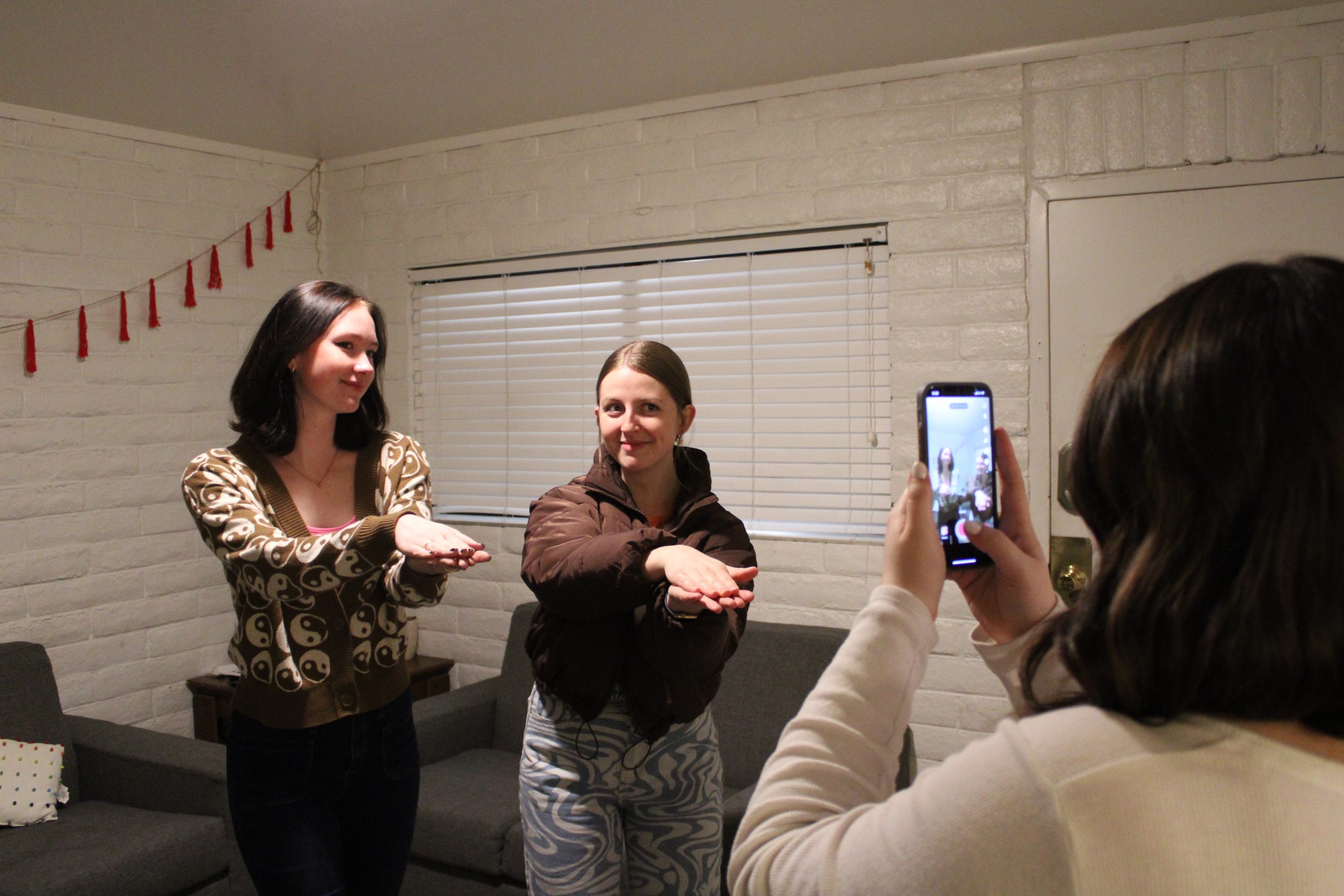 As we enter the new year, predictions of what will happen often spark controversy.

It’s the start of a new year and the beginning of a new decade. This year has loads of predictions already sparking, and it makes us wonder how many of them will come true. As new technologies and social media trends are expected to emerge, what should we make of wild predictions or unpopular opinions? Traveling is reentering the minds as travel holds from the pandemic start to disappear which predicts crazy populations of people traveling again. Predictions are often taken with a glance as we enter the new year but these predictions look promising. Looking at the new technologies and potential political worries gives us a look at what this year might have in store.

This sounds harsh, but President Joe Biden is 80 years old and is not getting any younger.

Biden is the oldest president of the U.S. and the oldest president elected at 78. Current speculations are rising as to how much longer Biden has as President of the U.S. Concerns for his health are rising as he is recently seen as quiveringly walking compared to prior years. This is long after the average age of retirement. This has people wondering how much longer he has before he dies of sickness or secedes. Biden should be retiring and giving the opportunity as president to younger generations. If Biden does not secede, then he will die in office.

As Vice President Kamala Harris would become president making her the first female president. Harris currently holds a near 50 percent disapproval rate. This sways her status within the Democratic house on if she can hold the office of president. If her approval status continues to go down she would not be a good candidate for president.

TikTok is out; Vine is in

TikTok has undergone multiple stages of almost being banned. Recently, states like Colorado and Alabama have put in requests to ban the widely-popular application. Politicians are afraid the China-owned company is collecting and potentially selling data.

TikTok has been widely popular since 2018 and has grown exponentially in cultural influence and user popularity. 60 percent of TikTok users are 16-24 years old, and almost everyone has some social media platform and has at least seen a TikTok, but like all great things, will TikTok dissolve this year?

Vine was an iconic social media platform that took over in the mid-2010s. After its unexpected ending in 2016, the app was left as a memory in the back of our minds. Vine in many ways was the catalyst for how TikTok started. Vine had an upload time of six seconds similar to TikTok’s upload time is around 60 seconds. Influencers like Marcus Johns and Liza Koshy have made their way into the TikTok world. Many other Vine influencers have joined TikTok and have made similar content to what they did during Vine. This definitely brings back nostalgia to people who had Vine and are now entering the world of TikTok.

As the early 2000s come back as a trend in fashion and culture, videos uploaded on Vine are recirculating on the internet. Speculation of Elon Musk bringing back Vine has been debunked but that doesn’t mean something similar will be created early this year.

TikTok is designed to have an influencer market and fast trend approach. Something like Vine can easily come back better than ever. Vine videos were designed to be six seconds, which is perfect for the fast scrolling through TikTok and the short attention span of average TikTok users.

Sheer fabric and silver jewelry are back

Some fashion trends get crazier every year, but this one is here to stay.

Sheer fabric has been popular over the years and is coming back stronger than ever as we see more outfits and pop culture references become popular again. Sheer fabrics are all about strategically layering shirts and accessories. Think about the 90s trends of Cher Horowitz in “Clueless” or Drew Barrymore.

It’s all about getting the right style nowadays, and sheer fabric will be all the rage. With the warmer weather in St. George, you can hop on the trend earlier in the year.

Deciding the color of jewelry all depends on the colors you wear, and silver is the way to go this year.

With medium blues and dark greens continuing the trends of 2023, something silver will complement the color schemes and the sheer fabrics.

Thick necklaces and earrings were popular last year and will continue to be popular this year. Celebrities and fashion designers are adding more and more silver accessories to fashion runways and movie premieres. During the Golden Globes, Jenna Ortega rocked silver necklaces and silver earrings.

With the rising trend of artificial intelligence designing different portraits of pictures in seconds as seen on TikTok, to Chat Generative Pre-trained Transformer writing essays for you in seconds, AI is taking over the world. Doing simple tasks is now being handed over to AI.

AI has made an impact on our world since it was invented. It is prominent in movies, media and everyday life. AI is often seen as a force that eventually overtakes the world, and this is starting to look like a reality.

ChatGPT is a popular AI created in 2022 designed to use algorithms and data to write basic everyday essays or topics in native languages.

This has raised concern for the younger generation because of how easy it is to use and how authentic essays generated artificially can appear. Speculations have risen as to how much longer the search engine Google will last. If someone can take the algorithm ChatGPT uses and make a fast search engine that Google has, it will blow up. It is possible that with how popular ChatGPT is someone is making a faster more reliable search engine that will take over the future. It’s daunting to think of how fast AI is taking over how we do daily things.

Off season is the on season

When traveling, it is sometimes smart to go to your destination during the off season when it isn’t as popular. Flights can be cheaper and crowds are less daunting.

Now that travel influencers are rising in popularity, they are giving out all the best secrets. One of them is to travel during the off season. This leads to popular destinations being popular all year round, and unconsciously getting rid of the off-season. This may cause economic worries in the future, but for now, it is safe to say the infamous off season won’t be so off anymore.

The year 2023 is shaping up to be a year of cool trends and new beginnings. Predictions like these will have us looking back remembering the crazy times we lived in and the trends that took over the year. These promising trends can get us prepared and ready for the new year ahead.