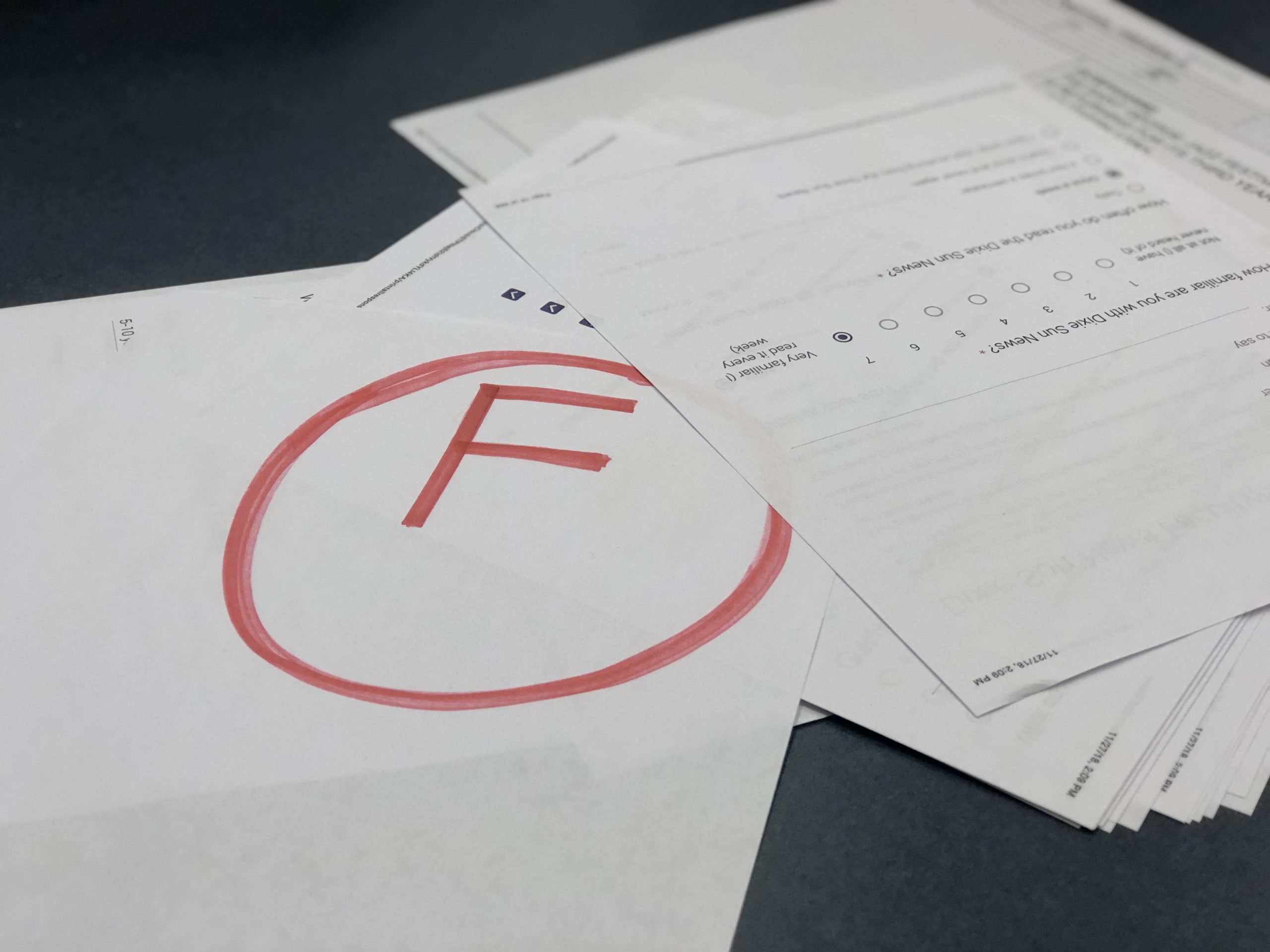 “A good portion of you are going to fail this class.”

It’s the first day of a new semester, everything looks promising and then you get to that class. You know the one. The class who’s professor flaunts proudly a large number of students’ inability to pass.

Why does a professor brag about a class he or she teaches being so difficult to pass? Doesn’t this tell more about his or her abilities as a professor than it does about the student?

Yes, this may be some hard news to swallow, but if so many students are failing your class, it’s not all the student’s fault. The responsibility, in this situation, falls on the professor.

If you teach in a way where most students can’t follow along or grasp what you’re saying, then you have a problem with your teaching method. If you’re using several students not understanding you as a selling point for your class, then there’s something wrong with the way you look at the professor-student relationship.

Your ultimate goal, as a professor, should be to educate and coach the students in your class. Not to belittle, humiliate and inevitably fail them for not grasping a concept. It’s safe to say that the majority of students go to a university to learn and expand their knowledge on any particular subject. The student should be able to trust that the professor has the student’s best interest in mind.

To enter a class where the professor says straight off the bat that most students are going to fail is crushing, to say the least. It eliminates any sense of hope for passing to begin with. When a teacher brags about students not being able to pass his or her class, it shows the teacher doesn’t care if the students learn.

This isn’t to be confused with hard grading. Having to try hard in a class isn’t the same as knowing there’s no hope to begin with. There’s a definitive difference between mindlessly declaring that no student will pass and grading to help better and hone a student’s skills. Some professors are more difficult graders than others.

That’s a given. A professor can grade difficultly and still provide feedback and advice to help improve upon a student’s work. This would be a more positive example of a relationship between a student and a professor. When the professor has the student’s best interest in mind, there’s a clear difference in the dynamic of the relationship. Instead of leaving students confused and wondering why they got a bad grade, they’re left knowing what they did incorrectly and how they can improve upon in the next assignment or piece of work.

Lots of students failing your class should not be a bragging point, ensuring the student learns and helping them succeed should be.