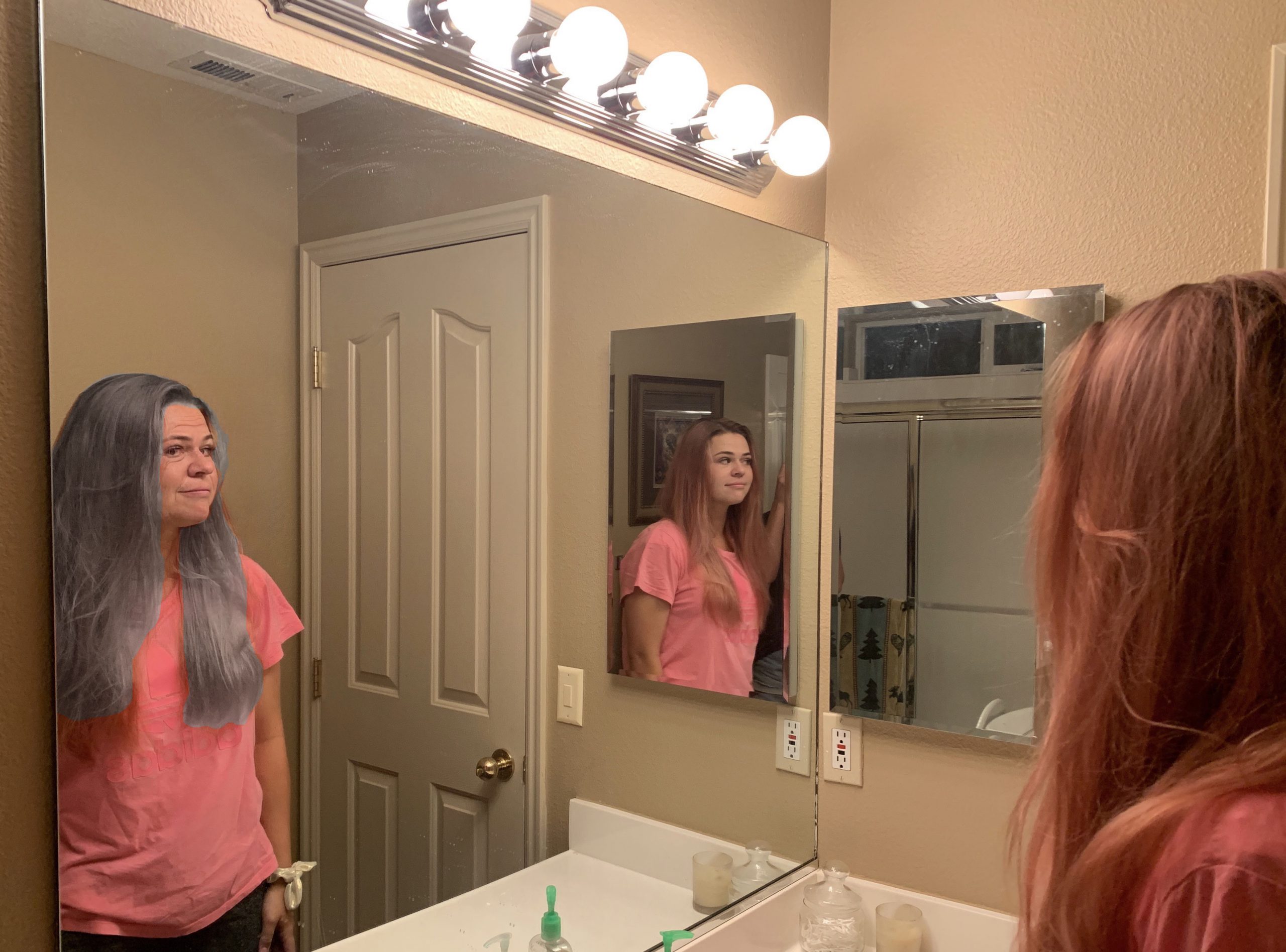 Sarah Kemp, a junior nursing major from St. George, looks into a mirror and sees an older version of herself. Most 18-year-olds are not ready for the responsibility that comes with the title of “adult.” Photo illustration by Madison Anderson.

As a kid, turning 18 seemed like the destination point we all wanted to get to, but once we reach this age, everything changes.

While we all would like to consider ourselves adults, the majority of 18-year-olds are not quite ready for the responsibility that comes with that title.

I remember my 18th birthday like it was yesterday. I went from a carefree teenager who’s only worry in life was to try and go to bed at a reasonable hour and stressing out about how I was going to pay for everything. I think that I can safely say that I am the poster child for the argument that 18 is too young to be considered an adult.

“A lot of 18-year-olds are still in school. As teenagers, they are still going through a lot emotionally and mentally,” according to The Should, “Some are of the opinion that they lack the maturity to be regarded as adults. It makes no sense in legally stating they are adults when they aren’t yet capable of acting like one.”

The Should stated that by deeming an 18-year-old as an adult, we are simply picking an age to declare the difference between an adult and a child. Just because the law has given the age of 18 the official title of adulthood, not every 18-year-old is instantly ready to handle that transition.

An article Mother Nature Network stated that the human brain does not fully develop until the age of 25. Therefore, the next few years of a young adults life are crucial to learn and develop skills such as impulse control and problem-solving.

“In studying scans of the adolescent brain, neurologists have learned that when kids are around the age of 18, their prefrontal cortex is only halfway developed,” the Mother Nature Network said. “This is the area of the brain that helps control impulses, solve problems, regulate emotions and organize behavior.”

If we argue that 18-years-old should be considered adults, then why are there still so many things that are permitted at that age? For instance, you can’t legally drink alcohol until you are 21 and you can’t rent a car until you are 25. If 18 is the magic number that deems us all as adults, why are you not allowed access to these things at that age?

Growing Leaders says because we are expected to live longer lives there is no point in jumping into adulthood.

“Often young adults argue that since they’ll likely live to 90 or even 100 years old, why should they rush their entrance into adulthood or careers,” said writers of Growing Leaders.

Even though 18-year-olds are given a substantial amount of responsibilities, adulthood should not come so abruptly. I think that the legal age of adulthood should be pushed to 21-years-old because that gives individuals time to slowly transition from a kid to an adult. We should all strive to spend those years growing and learning from our experiences so that we will be better prepared for what the future has in store. Needless to say, there is plenty of time to grow up and take on such responsibilities; live in the moment and enjoy where you are right now.