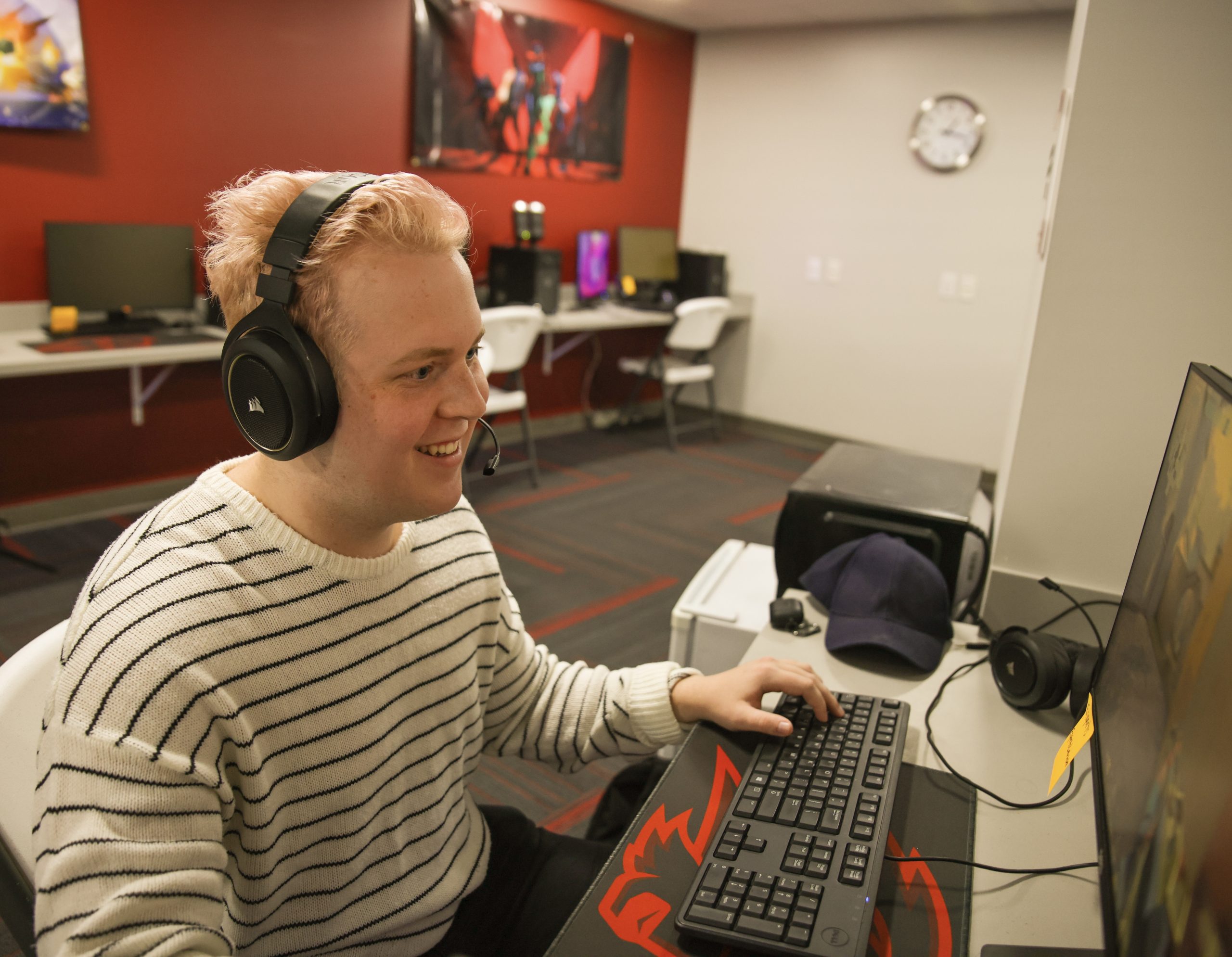 The esports players on campus have a new space they get to call home.

In room 011 of the Human Performance Center you can find the space Utah Tech University has dedicated to the esports club. The club was previously housed in the Udvar-Hazy School of Business building. Club members said even though their new space is smaller than what they previously had, they feel like they are taken seriously as a sport by being in the HPC.

Club president Danny Finnegan, a senior design major from St. George, said, “I feel like we have a ton of new players by being in the HPC. We get a lot of foot traffic in here with people who are interested in competition, whether that be in sports or esports, and that gives us an angle that makes us come off as more professional and more respectable, which I appreciate.”

Finnegan said they will eventually outgrow the space because the egaming club is gaining more members than ever before. The club will be moved to a bigger space in the Student Union building that is set to be built in the next 2-5 years.

Since the move to the HPC, the club has be able to get nicer desks and equipment with TVs and gaming chairs on the way. Finnegan said the goal is for students to not have to bring their own equipment to school, especially as some students may not have the right equipment at home. The space is available for students to use the equipment during the HPC’s open hours.

Tyne Clark, a senior computer science major from St. George, said he values having a group of friends on campus with a common interest, along with a space for them to express themselves through esports.

Finnegan emphasized the importance of being physically present while playing with other gamers rather than gaming purely online. With new equipment and a safe place to be, the club has created its own community at Utah Tech.

Lewis Nottke, a sophomore information technology major from St. George, said the space provides a place for club members to meet up, especially when they need an escape from a long day of classes.

Finnegan said, “What I really want to do is prove to the university, and to everyone, that esports is something that is very valuable, that brings people together, that brings some of the niche communities together.”

Every Thursday at 6 p.m., the egaming club hosts a Super Smash Bros. tournament, and anyone who is interested in playing is welcome to attend.