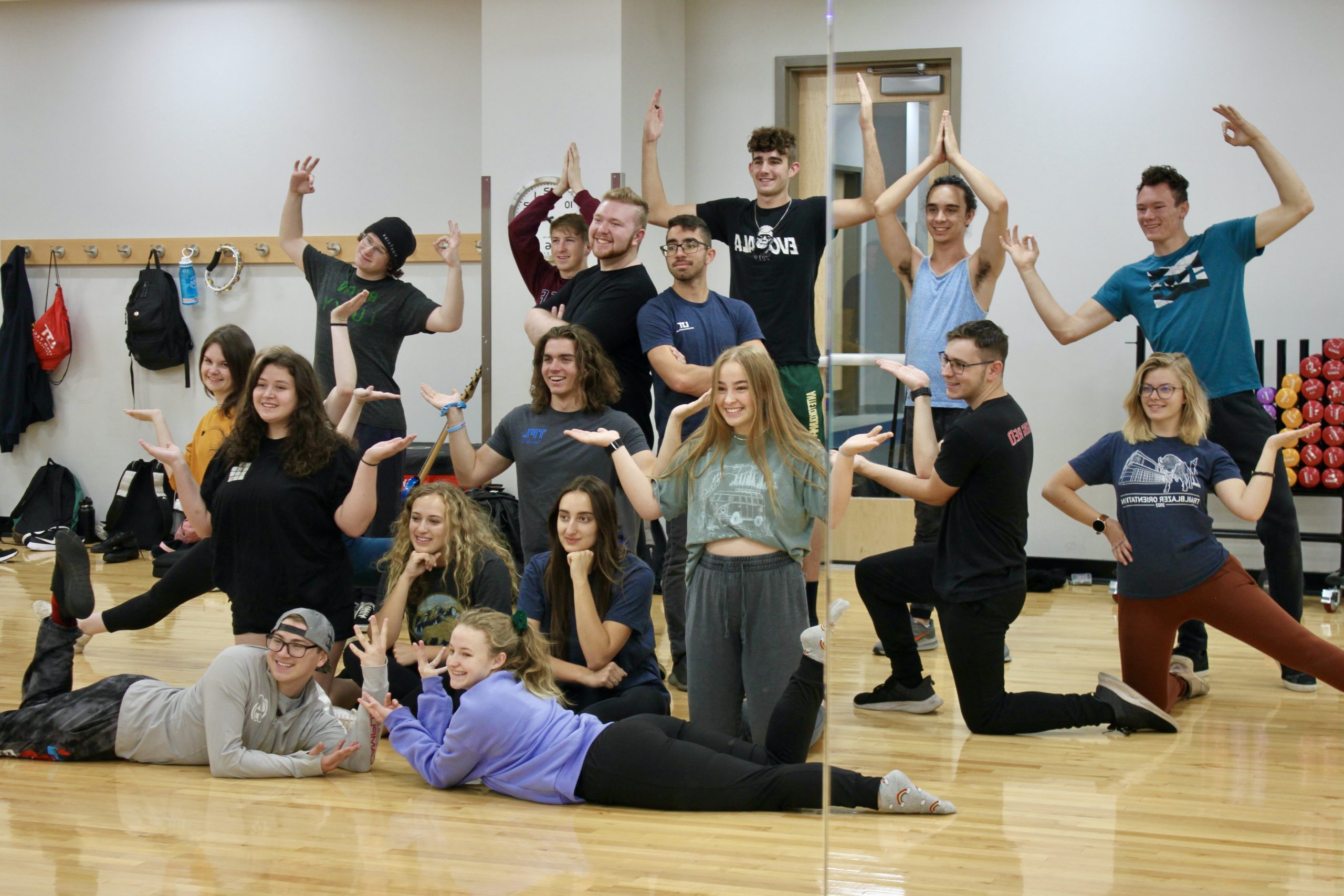 Bringing the community together is important, and a certain program at Utah Tech University is working to deliver this message.

Fusion, a premier song and dance team, is that program. With one of its prime focuses being to make an impact on others, creating connections with students within the community, and beyond the borders of it has helped them grow as a team.

As part of President Richard “Biff” Williams’ 2020-2025 Strategic Plan, a section of the report includes making the campus our community and connecting our community to the campus.

With this focus in mind, an upcoming show, that will occur annually, “The Fall Spectacular,” will take place with the hopes of bringing to life this vision. While celebrating fall in St. George, the show will also celebrate the hard work of Fusion and the community.

“We’re really focusing on staying connected, making an impact and creating a buzz, so that’s what we are hoping this show will do,” said Geoffrey Reynolds, director of entertainment alliance and Fusion.

Fusion will be performing alongside groups like the Utah Tech Ballroom Dance Company, Youth Fusion, Broadway Bound and St. George Institute Choir. These are just some of the groups performing with an inclusive list of other programs to participate.

With the wide variety of performers, programs and teams ranging from all ages and talent levels, Reynolds said everyone can enjoy this “high-quality entertainment” put on by the community. Not only that, but members of Fusion have been working and rehearsing since before the start of the 2022-2023 school year to make this show happen.

“I’m really looking forward to bringing together so many people,” said Ashley David, junior theater education major from St. George. “There’s so many diverse performers in this community, and there’s very rarely an opportunity for all of us to do something together.”

Through its rarity of occurrence, Fusion has become aware of how important it is to support others, especially through times of change within Utah Tech, southern Utah and the world.

“We are trying to include the community in a lot of what we do because we want their support, and we want them to know that we are supporting them as well,” David said.

With the recent name change of the school, Fusion went through changes too. Previously known as Raging Red, since 2009, the team decided it would be best to change their name to a title that would better encompass what they represent as a team.

Reynolds said the reason for their new name was because the program fuses together dancing, singing, acting, technology and leadership skills. Intermixing these skills along with the university and location surrounding it was better represented through the name and symbolized on a deeper level who they are.

“I really hope that the show is really successful and shows to the community that even with the name change of the school and with us, that we are still the same,” said assistant Fusion design leader Noah Darrow, a freshman media studies major from Twin Falls, Idaho. “We want to put on a good quality show and still make connections with the community.”

Unlike many show choirs, Fusion works to recruit students through forming personal connections with other students before performing. Hearing their stories, encouraging them to further their education, and sharing similar passions with the students has helped the members of Fusion give back to the community.

Over fall break, the team had the opportunity to show what sets them apart from other programs by going on a tour. With the prime focus of recruiting students from neighboring states, they visited high schools in Nevada and California which allowed the members to practice leadership skills while doing what they love. On their final day, they performed at Disneyland California Adventure Park which helped them prepare for their upcoming show.

“The performances this weekend really bonded us as a team and brought us together,” Reynolds said. “I think you’ll see that impact when you watch us on stage.”

The upcoming two-day performance will be held in the Cox Auditorium on Oct. 22 and Oct. 24 at 7:30 p.m. Anyone can attend, and $15 tickets can be purchased through the ticketing site and at the door.

“We really do appreciate anybody that’s willing to come out and support us and support the mission of Utah Tech,” Reynolds said.