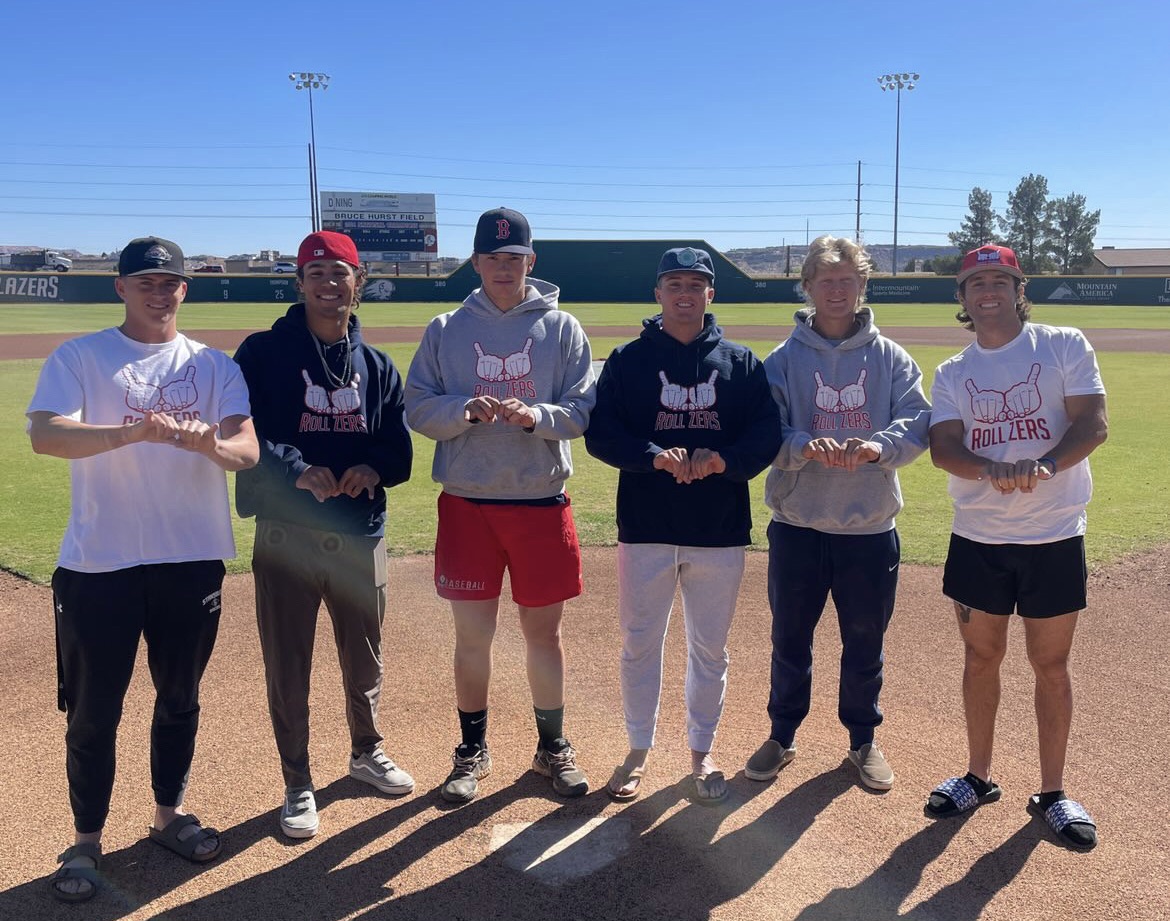 Utah Tech University’s student proves that it is possible to study at school while being an athlete and a small business owner at the same time. Misha Mosiichuk| Sun News Daily

On the diamond and off, a student-athlete at Utah Tech University has found a unique way of creating his own gems to stay involved.

Jack Walker, a junior design major from American Fork, has been able to connect with other students while selling his own school apparel.

In the fall of 2021, Walker and his dad created Juice Box Clothing. Through this business, Walker has been able to use his talents in graphic design to receive support from other students and athletes and create a name for himself at the university.

What is Juice Box Clothing?

Although considered a “small side hustle,” Juice Box Clothing was created to make connections with others while doing what Walker loves.

“It’s just a cool thing for me to keep myself involved,” Walker said. “I think it’s a cool platform to be able to say I’m a student-athlete trying to create stuff for everyone on campus.”

Through his business, buyers can purchase school apparel in the form of shirts, hoodies, hats and stickers.

With each of his designs, Walker implements the popular school hand signal that forms a bison head, the phrase “rollzers” and his business logo: a juice box.

His business title was created through his nickname “juice”, and after playing around with a few names, Walker landed on “Juice Box Clothing.”

Walker also said “rollzers” was a combination of an athletic saying “roll” as well as “trailblazers.”

As for the hand symbol, “It was just kind of an athlete thing at first, and then we kept seeing more and more people do it,” Walker said. “Now it’s the hand signal for the school.”

What are the goals and inspirations of the business?

Since creating the hand signal to celebrate game victories, Walker began to see the motion more around campus which inspired him to create his business.

“Seeing it spread just kind of sparked the idea that I could start something with the hand logo and try to sell my own version of school spirit stuff,” Walker said.

After throwing around the phrase “rollzers” at a few of his games, Walker’s teammates began to say the phrase too, which eventually led to other sports teams on campus implementing this new word into their vocabulary.

Walker said his goals for his business are to keep students involved in supporting athletics through his apparel.

Through trendsetting and working hard to bring his business to life, Walker has gained support from his teammates, fans and peers.

Walker’s teammate Chase Rodriguez, a junior applied sociology major from Las Vegas, said: “I want Jack’s business to explode within the school. I think everyone could be wearing it because it promotes the idea of students supporting students, and it’s something for our entire school to grow from.”

What are the highs and lows of being a business owner?

Walker said owning his own business has its ups and downs with one of the highs being that he receives support from other students.

Kjirsten McOmber, a freshman nursing major from Orem, said Walker sold her a shirt at the beginning of the year and asked her for advice in bettering his business.

“He is a student, and he’s asking for my feedback and wants to improve on it, so I wanted to support him,” McOmber said. “Not only that, but the shirt has been really cool to wear just because it’s such different merch.”

Besides the support, Walker has faced some hardships when it comes to designing his apparel differently from the university’s.

Athletics Graphic Director Tanner Hollien said there are legal rules that Walker must keep in mind when creating and selling his designs such as where he sells them and what fonts and logos he can use.

“I’m just going to keep doing my own thing and follow all the rules, but one of my biggest things I’m pushing for is for others to support me as a student-athlete in my own small business,” Walker said.

What can fans expect to see for the future of the business?

“Now that the hand logo is big and people are repping it, I’ll definitely just start doing more of the hand stuff and more phrases that we come up with on the apparel,” Walker said.

Buyers can also expect to see more “unique” apparel that students will not be able to find anywhere else.

Although Juice Box Clothing does not have a website or storefront, they do have an Instagram where buyers can direct message Walker to order his merchandise.

“I would love to keep getting student support and buyers because I feel like that’s what this is all about,” Walker said. “I think it’s pretty cool to just have things growing in your school’s culture that is student-to-student.”

To support Walker and his student-run business, anyone can purchase his apparel by contacting him through Instagram.