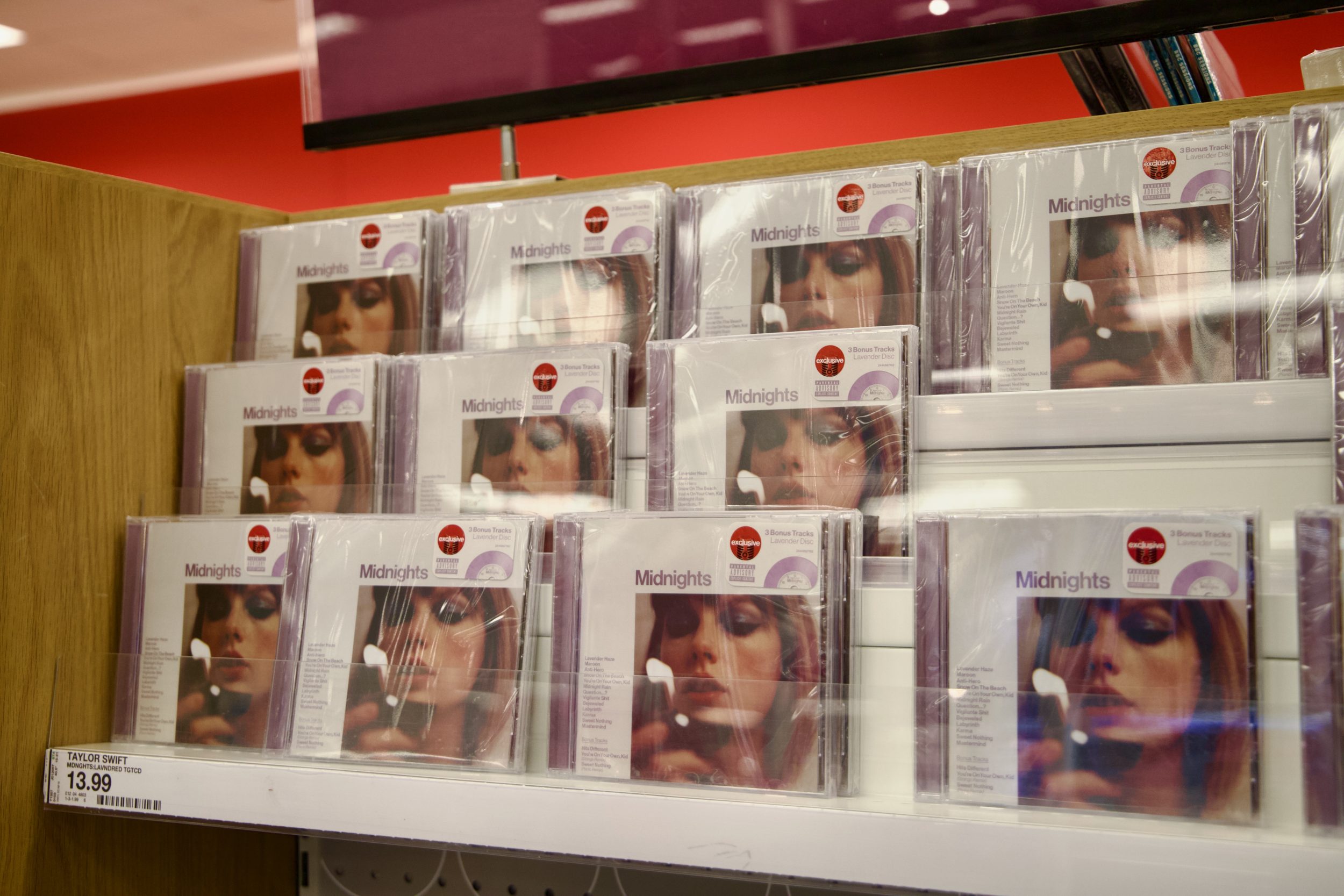 The wait is finally over, Taylor Swift released her new album Oct. 21. Without fail, she continues to keep her fans on their toes by releasing her first pop album since 2019, “Midnights.”

It is no surprise that Swift’s new album is relatable, aesthetic and much anticipated, but is it what the “Swifties” expected? While “Midnights” has skyrocketed to the top of the global charts within a matter of days, there seems to have been mixed emotions around the album.

Swift has had a productive past few years from her 2020 albums “folklore” and “evermore,” to her second re-recorded album, “Red (Taylor’s Version)“.

I have always loved Swift, but I was very impressed by her “folklore” and “evermore” albums specifically. The lyrics to each song were bold, impactful and well-thought-through to say the least. I have thoroughly analyzed a handful of Swift’s music and have truly come to appreciate the talent and energy that is put into creating these albums.

Don’t get me wrong, the lyrics of Swift’s songs from “Midnights” still have the same heartfelt lyrics, but it was not what I expected it to be. Although the album is identified under the pop genre, it seems to almost be having an identity crisis like she is trying to bounce back from her past two alternative albums.

Some might say this style of song is “unique” or another example of Swift trying something new, but I found it difficult to listen to the majority of the songs for over a minute. However, the two songs that did catch my eye were “Snow on The Beach” and “You’re On Your Own, Kid.” Both of these songs are an example of what Swift is capable of crafting with her storytelling lyrics and talented vocals.

An article by Alyssa Bailey states: “Taylor Swift’s fifth track on Midnights, “You’re On Your Own, Kid,” quickly became a fan favorite following the album’s release. The song features some of the singer-songwriter’s most brutal, personal lyrics about her own journey navigating fame, love, and the people she has lost and gained over the years.”

Lyrics such as: “everything you lose is a step you take” and “from sprinkler splashes to fireplace ashes” are just two examples of Swift’s heart-wrenching, relatable lyrics.

On the other hand, I did not skip one song when I listened to “folklore.” In 2020, this album was streamed over 80 million times and broke the Guinness World Record for the biggest opening day for an album by a female artist on Spotify.

An article by Quinn Moreland states: “On 2020’s Folklore and Evermore, Swift stepped away from autobiographical songwriting and found new depths of feelings in fictional narratives. For perhaps the first time in a career built on curated lyrical blood telling, she gave herself the gift of emotional distance. With Midnights, she returns to a diaristic style, addressing the central conflict of Taylor Swift, the individual and the persona: She’s self consciously to a fault but rarely self-aware.”

In other words, there is a visible difference between Swift’s past and current albums for better or worse. It’s not out of the ordinary for Swift to explore the different types of songwriting and styles, but is it worth it? I’m not saying “Midnights” couldn’t grow on me, but I think I will stick with her older albums.

Despite the backlash Swift may receive, she will continue to shock her “Swifties” with each album release and will continue doing what is best for her and her career. Even though I didn’t love Swift’s “Midnights” album, it won’t stop me from going to her “Eras Tour” to enjoy the rest of her music.