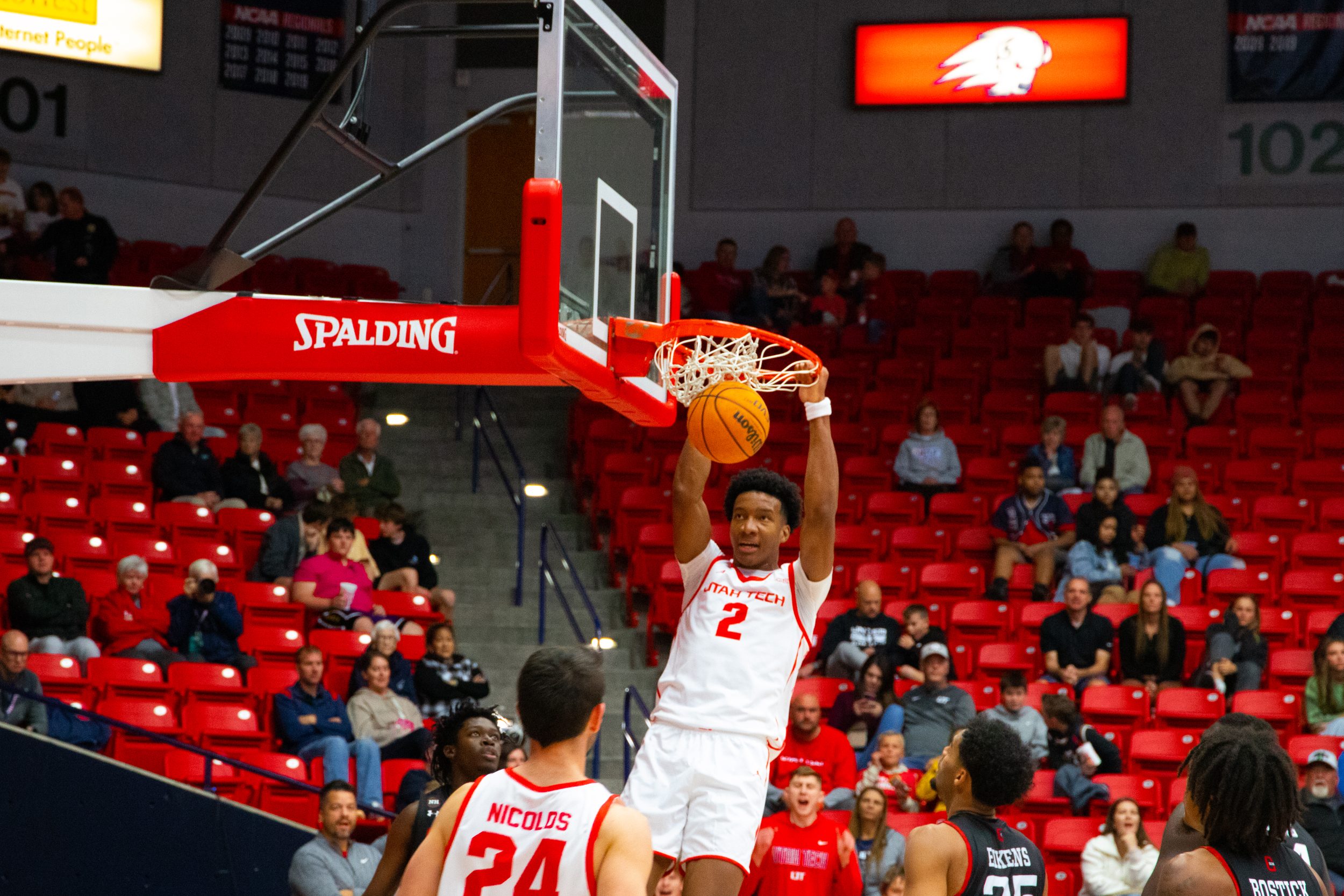 The Trailblazers came out on top during the home opener despite calls not going their way.

Utah Tech University’s men’s basketball team played, and won, its first home game of the season Nov. 12 against California State University, Northridge. With an ending score of 69-63, the Trailblazers held the lead for 35 minutes and 43 seconds, while CSUN only led for two minutes and 22 seconds.

The Trailblazers called a timeout just 32 seconds before the game ended and celebrated a win. Head coach Jon Judkins said he did this to tell the team to relax and finish strong with confidence in themselves, which they did.

When asked what he gained from this timeout, Noa Gonsalves, a sophomore environmental science major from Lehi, said: “We got this, we just got to finish this game. It’s been a long game, a rough game, but in the end, we pulled it out.”

Cameron Gooden, a senior recreation and sports management major from Frisco, Texas, ended the game as the top scorer for the Trailblazers with 17 points. Gooden is a COVID-senior, so he is able to play his last season to his full potential.

“We finally get to play with no restrictions, nothing in the way, we can just straight basketball,” Gooden said.

Gooden and Tanner Christensen, a sophomore accounting major from Spokane Valley, Washington, led the Trailblazers with eight rebounds each with the team having a total of 38.

“At the end of the day we got the job done, got the win and that’s all that matters,” Gooden said.

CSUN received 17 second-chance points, which leads to Utah Tech’s rebound efforts to be not as prevalent. Judkins said as this is the team’s second game of the season, they are going to make simple mistakes.

Gooden said: “Fighting as a team, just talking to each other, lifting each other up, sometimes you mess up and get mad at calls or other teammates, so we just try to pick each other up, lift each other up. Positive self-talk is something big that I try to tell the guys to just keep going.”

As the first home game of the season, the white-out student section and crowd of community members, family, friends and more was full with a calculated 2,297 people in attendance.

Judkins said the crowd was great, and it made the team feel like they’ve been competing as a Division I sport for longer than two years.