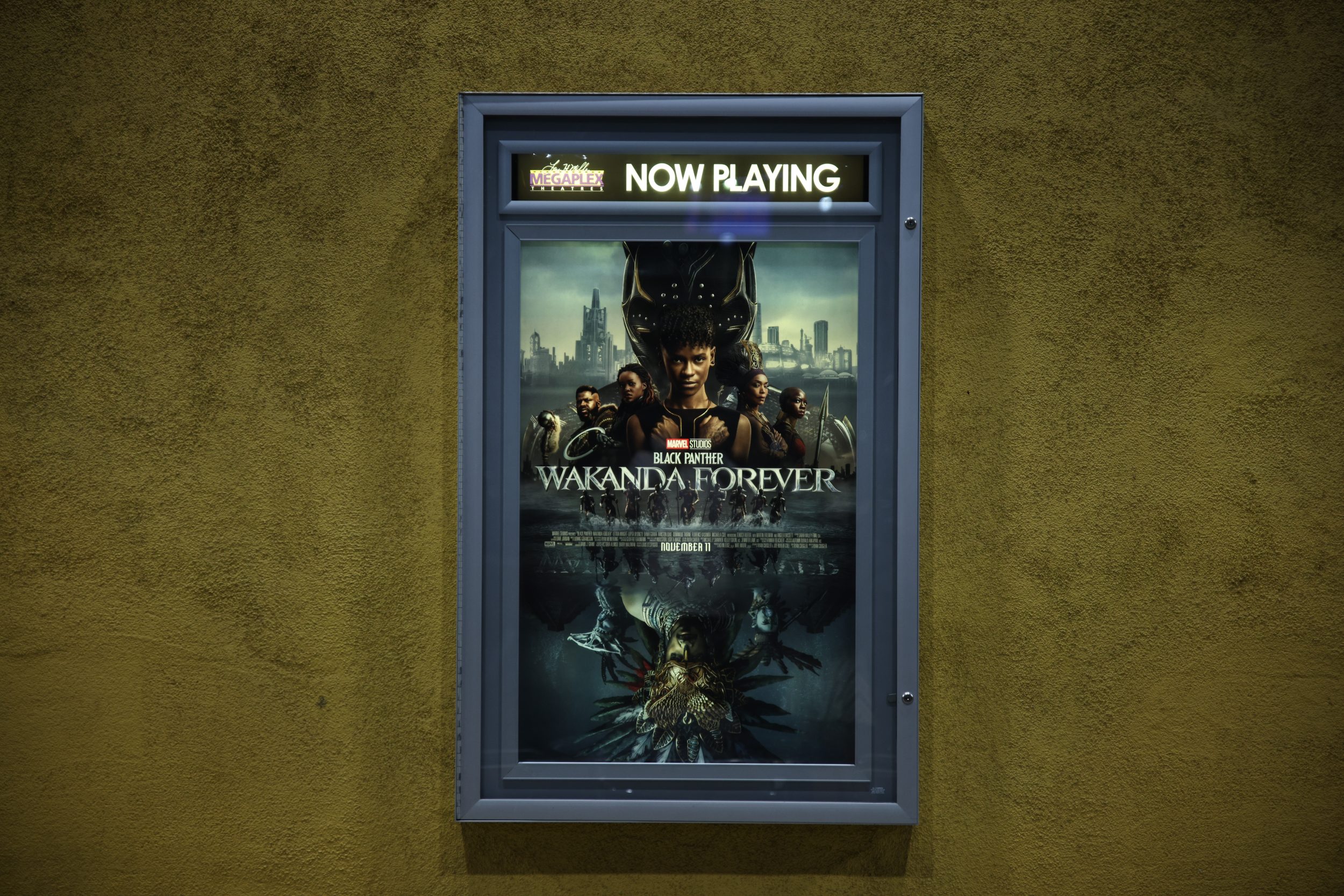 Following up on a film as critically, commercially and culturally successful as “Black Panther” was already an incredibly tall task for everyone involved. This was only made more difficult with the tragic passing of lead actor Chadwick Boseman. Ryan Coogler and his cast and crew somehow, almost, perfectly pulled off the balance of a captivating and memorializing film with “Black Panther: Wakanda Forever.”

There was an obvious amount of care put into this film. Boseman and his performance is a cultural phenomenon. In a world and film market saturated with caucasian male superheroes, Boseman and the first “Black Panther” film gave much-needed representation. It gave a group of kids a character and community they could truly see themselves in. The film had to address his passing, and it did it beautifully. The scenes in place to memorialize him are beautiful and have the subtlety to really make for an emotional experience. No strange holographic images. No over-the-top imagery. It is perfect.

The care didn’t just stop there. The performances are clearly driven by the real and raw emotions felt by the actors. Every actor involved obviously felt the weight of this film. From a random background dancer in a wide shot to the opening scene to the performance of the newcomer villain by Tenoch Huerta, they all give it their all. Letitia Wright and Angela Bassett, in particular, gave unreal performances.

There is no denying Marvel films have a look to them, and unfortunately, this look has recently been shockingly ugly. This film, on the other hand, is breathtaking. It is another testament to how much passion everyone had for this film. The cinematography has a unique and beautiful feel to it that we don’t usually see from Marvel, and the CGI is also a considerable step up from what we’ve seen in recent projects and even from the first “Black Panther” film. It still has its moments of painfully obvious and goofy computer-generated images, but the underwater scenes and Wakanda are delightful to look at.

This movie is so damn long. Two hours and 45 minutes is a ridiculous runtime. This movie has a lot to fit in. It had to find a way to balance reverence for Boseman and still have an engaging film with real themes and ideas. The film does a good job of not doing too much. The conflicts and themes such as race, trauma, gentrification and revenge all work in this film. I wouldn’t say it’s doing too much, it’s just too long. A run time of this length is unnecessary for most movies and “Black Panther: Wakanda Forever” is no different.

Now, I hate to be the guy that just hates on Marvel but man they can’t help but ruin movies on some level. The dialogue at times is incredibly bad. Marvel seems to have really lost its comedic touch because every painfully obvious attempt at a joke in this film falls so flat. Dominique Thorne gives a fine performance as Ironheart, but that was an awfully written character. She doesn’t really have much of a role in the film besides being somewhat of a comedic relief character, and it is brutal. The jokes are just bad. The more emotional scenes were a bit better, but during these scenes, the amount of fervor and passion put into the lines would make anything sound good. Luckily, the prevalent poor writing doesn’t distract from the film too much.

This movie had immense pressure to perform and it did as best as it could. The unreal expectations were always going to be nearly impossible to reach, and the film really almost did it. The love for Boseman and what he created and left behind carried this film. Despite the corporation’s attempts to, what feels like, sabotage the emotional ride that is this film, it’s a wonderful tribute to him that prevails and makes for a good movie. With a runtime like that and concern for spoilers, there were obviously many things I couldn’t discuss in this review, so I implore you to see the film for yourself and experience all the good it has to offer. I give the movie an 8/10.