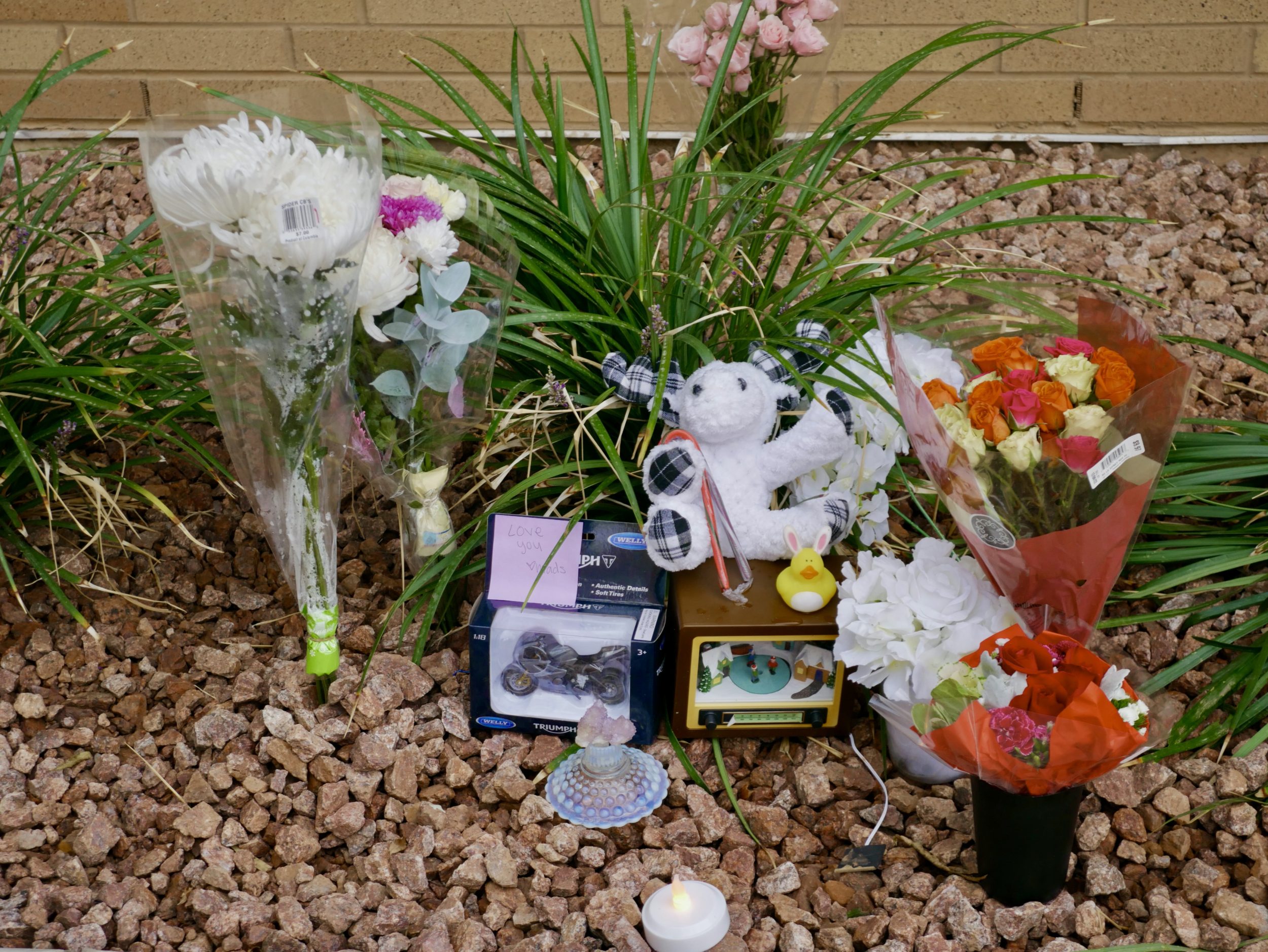 Friends, family and the Utah Tech University community came together Tuesday night to honor and remember Peyton Hall at a candlelight vigil.

After his passing Sunday morning, hundreds of people who were impacted by his death joined together to find peace, comfort and encouragement through these trying times.

With speakers including Del Beatty, vice president of student affairs; Ali Threet, assistant vice president and dean of students; Aaron Cass, a junior biology major from St. George; and father of Peyton Hall, Bryan Hall, memories of Peyton Hall were shared, words of encouragement were given, and comfort was created through the gathering of many.

Cass, the emcee of the vigil and the mental health advocate for Utah Tech Student Association, said, “I feel that as soul crushing and tragic as this is, after talking with the parents and other people, he would want to be remembered for his life, not for his death.”

With this thought in mind, people celebrated Peyton Hall’s life by sharing memories of him and impressions he had on others.

Bryan Hall said anyone who knew Peyton Hall had a “Peyton story” to share, and the night was filled with many of them.

Memories about parties people attended with Peyton Hall, intramural games people played with him, and hangouts people experienced with him filled the air.

Taitum Chidester, a freshman nursing major from Herriman, said: “Peyton was always doing something fun, and he lived up every moment of his life. He lived a good life and left a good impression on so many people.”

Through trying times, Threet said people will either drift apart from each other or grow closer through kindness and unity. With these relationships, help with hard times can be found.

By coming together, those that did not know Peyton Hall very well left the vigil with a clearer understanding of who he was and what he represented.

“Peyton just loved life,” Bryan Hall said. “He really did. He was a friend to everyone and was just a joy to be around.”

Others said he was inclusive and never wanted anyone to feel left out. They said he was funny, caring, and above all, he was always the life of the party.

The “life of the party” energy Peyton Hall carried with him showed during the vigil when a song he sent his brother days before quietly echoed throughout the courtyard. “Feel This Moment” by Pitbull played through the speakers with lyrics that said, “One day while my light is glowin’, I’ll be in my castle golden, but until the gates are open, I just wanna feel this moment.”

“Some of you are going to struggle more than others because of the impact that Peyton’s passing has had on you, but we’re here for you,” Beatty said. “We have the resources for you when you want those things.”

For those looking for these resources, an appointment with a mental health professional can be set up at the Booth Wellness Center, or for immediate mental health support, you can dial 988 at any time. You can also reach out to Threet at ali.threet@utahtech.edu for help and guidance.

In his final words of comfort, Beatty shared a quote from Irving Berlin that said, “Although the song has ended, the melody lingers on.”

Directly relating it to the passing of Peyton Hall, Beatty said although Peyton Hall is not with us anymore, his memory will linger within all of us forever.

As the year comes to a close, Peyton Hall will not be left in the past, but rather, he will always be carried with us in the present as we continue to honor him, remember him and share the light he shared with all of us during his time on this earth.