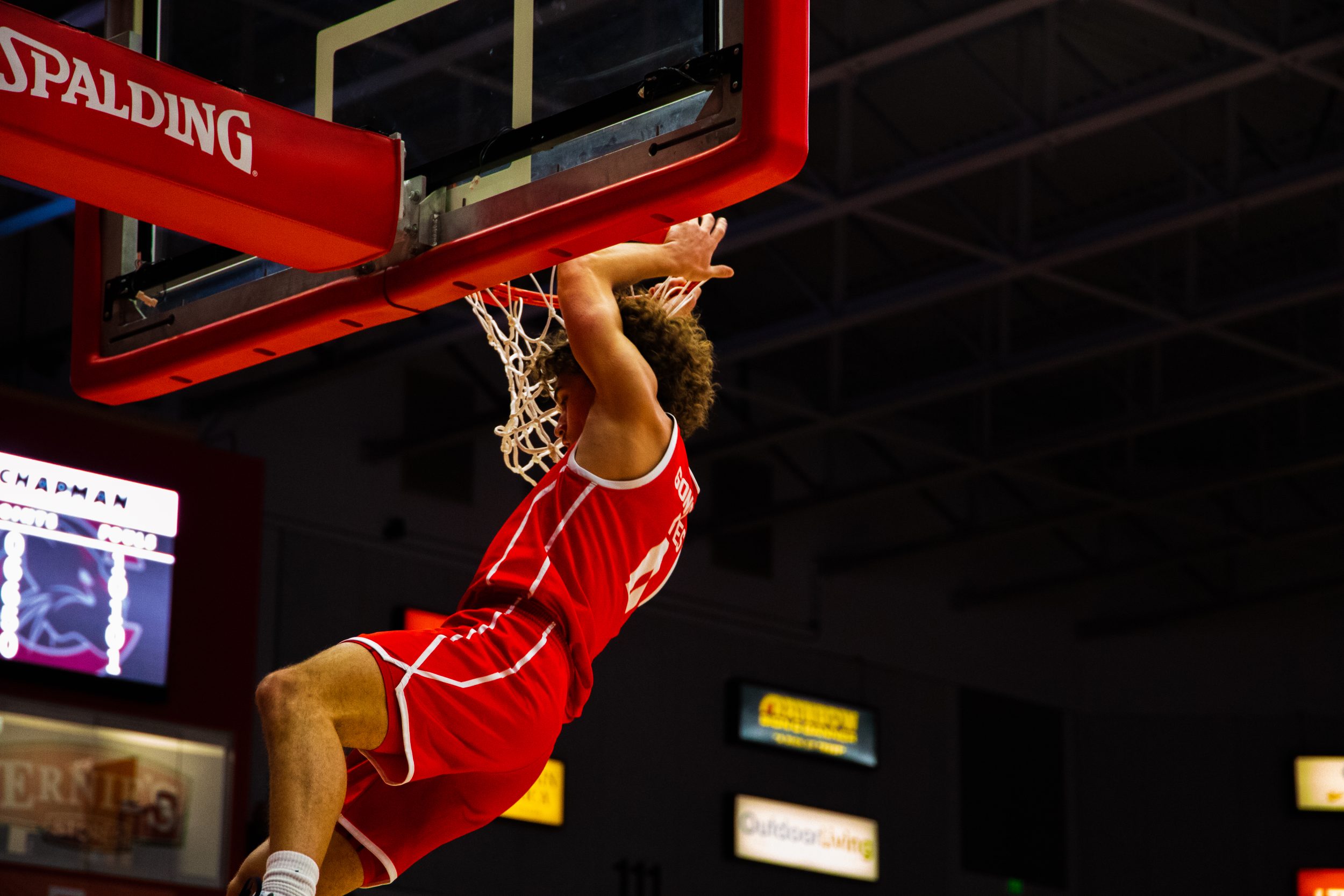 Utah Tech University men’s basketball had its highest scoring game this season with a 99-58 win against Chapman University because of its discipline on and off the court.

This game was the Trailblazers’ first time playing the Panthers, so a lot of preparation was essential to come in with the right mindset and determination to win. The Trailblazers came prepared, as they scored the highest amount of points so far this season.

No. 2 Trey Edmonds, a sophomore psychology major from Aurora, Colorado, said the focus in practice was to make sure the team wasn’t taking its foot off the gas. Even though they were playing a new team, they still had to put their best foot forward.

Head coach Jon Judkins had a big part in keeping the players grounded in practice and striving to play their best on the court no matter the opposing team.

Utah Tech kicked off the second half with a 3-pointer by No. 21, Isaiah Pope, a junior communication studies major from Yorba Linda, California. The momentum stayed the rest of the half with the score growing from an additional six 3-pointers, multiple free throws, layups and jump shots. The Trailblazers ended the game with its highest score in a season game yet, 99-58.

No. 3 Cameron Gooden, a senior recreation and sports management major from Frisco, Texas, said to keep the momentum they will need to continue playing selfless games of basketball by sharing the ball between teammates and getting everybody involved.

“We just need to not get out of character on the court,” Gooden said. “We need to prove that we can stay locked in regardless of who is out there.”

Utah Tech will stay in St. George to try for another win against The Master’s University Dec. 17.