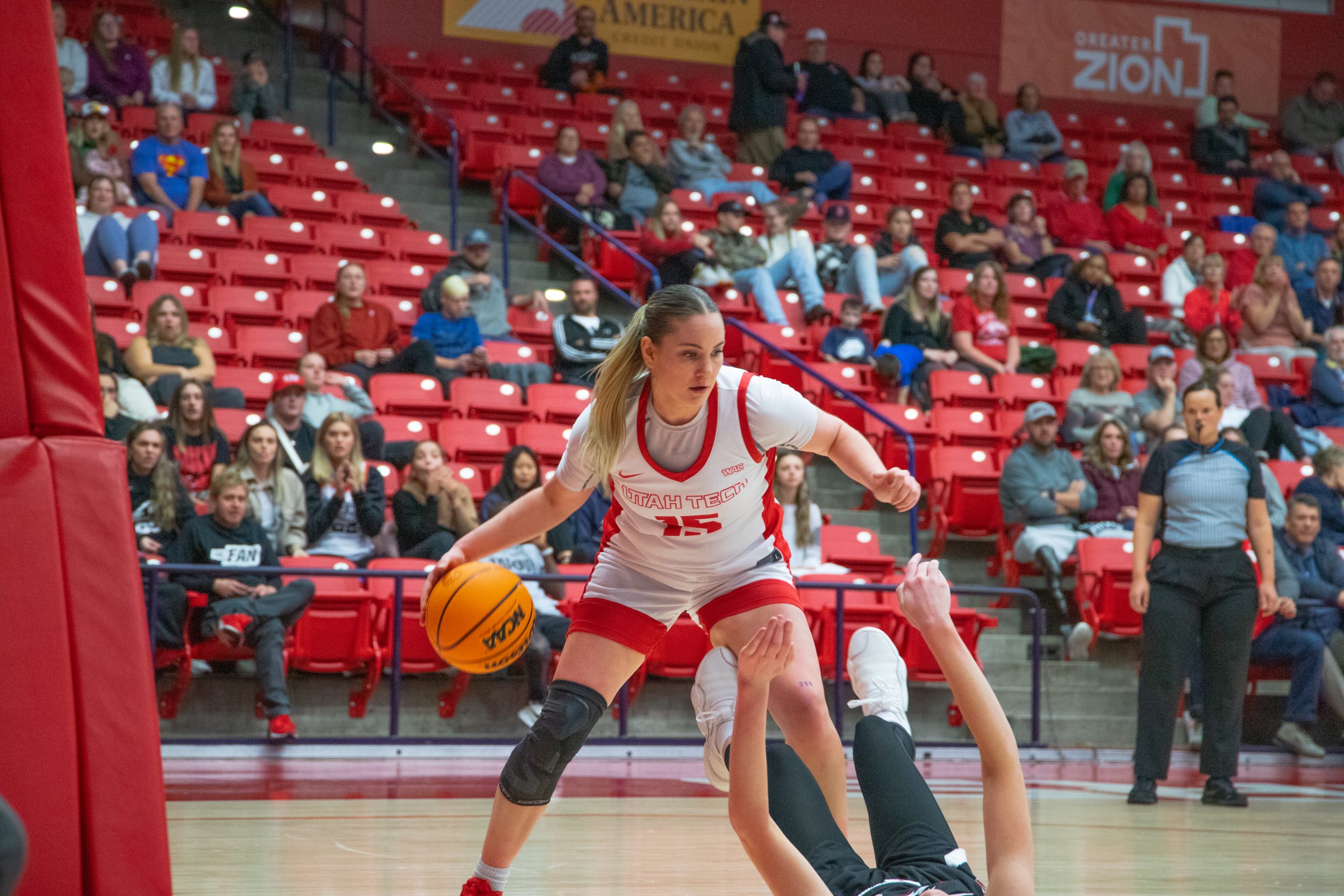 This rival game was much anticipated by the fans and players, but the Trailblazers were ill-prepared to face the top team in their conference.

“We treated it the same as every game. We didn’t want to get too over-hyped,” No. 20 Breaunna Gillen, a senior exercise science major from West Jordan, said. “We wanted to stay level-headed but excited and ready to go.”

SUU was the first to add points to the board, but Utah Tech quickly fought back, scored and continued a neck-and-neck battle until halftime where they were tied 30-30 with the Thunderbirds.

Going into the locker room at halftime, there was talk about ways to continue the fight throughout the rest of the game.

No. 22 Emily Isaacson, a junior recreation and sports management major from Perry, said there was a focus on adjustments to make for the second half during halftime. Their goals in the second half were to “box out, get rebounds and shoot threes”.

Head Coach JD Gustin said during halftime he spoke to the players about increasing their efforts for the second half.

The Trailblazers were able to come back from halftime and establish a quick lead into the third quarter. The lead was taken over by the Thunderbirds two minutes into the fourth quarter. The Trailblazers tried to catch up in the scores, but they were only able to score one more layup before the final buzzer.

Utah Tech women’s basketball will have multiple focuses during upcoming practices before their next game in hopes to bring back the winning streak.

“It’ll be a hard week of practice,” Gustin said. “We were too one-on-one tonight, which was super disappointing. We usually space, share and shoot off offensively so that will be the focus.”

The Trailblazers were not able to bring the fight to this home game like usual, which calls for some refocusing for the team in practice.

“The focus will be our intensity, ” Isaacson said. “It’ll be to rebound, to push the ball and going back to playing how we play. We got away from our offense. We will be getting back to the basics.”

Utah Tech women’s basketball has a chance to redeem themselves at home against Tarleton State Jan. 26.