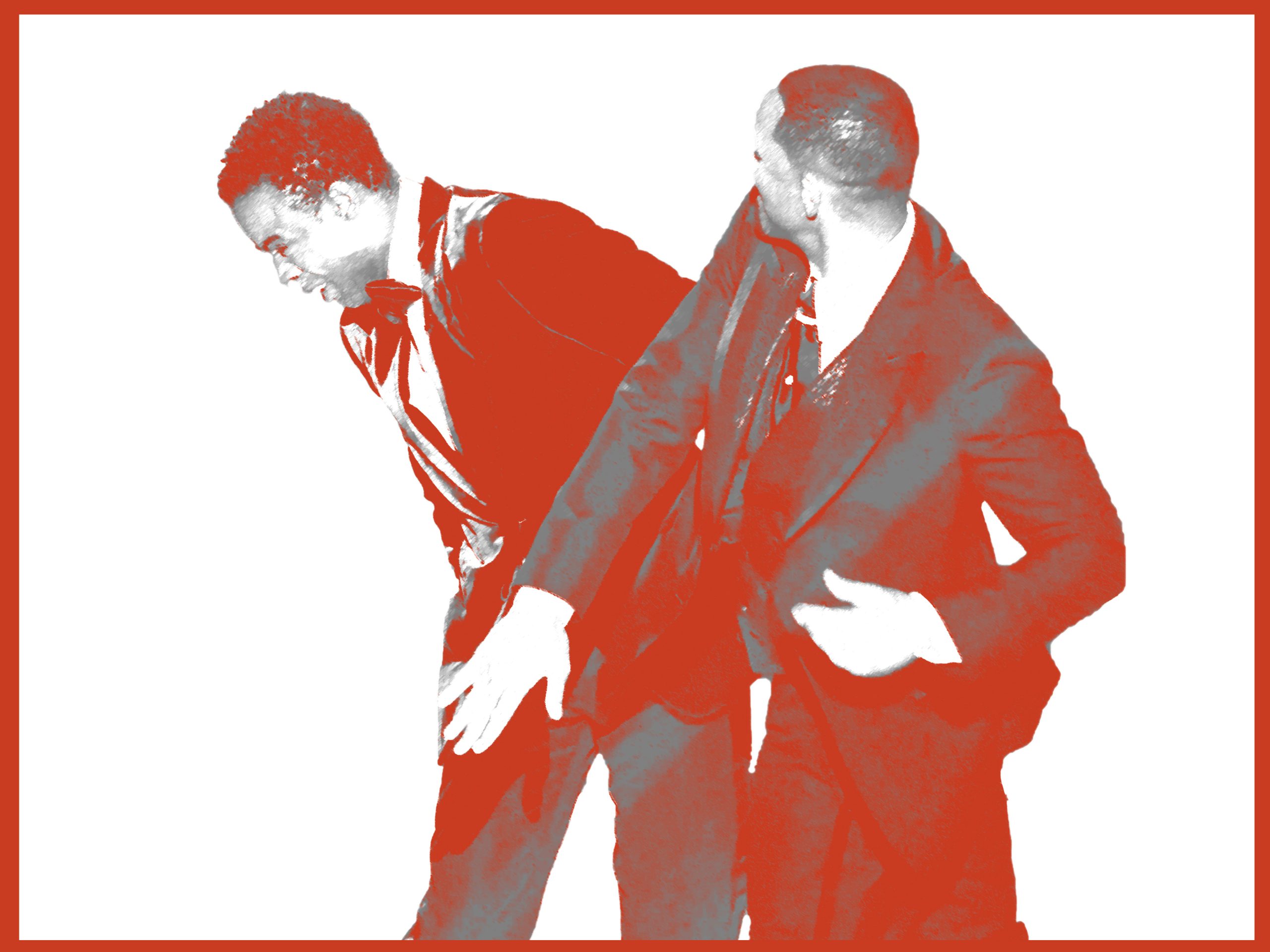 The slap from Will Smith has been widely talked about on the media. Photo courtesy of Google. Photo Illustration by Elissa Aguayo.

It would be hypocritical for the academy to take away Will Smith’s Oscar after they intentionally benefited greatly from the incident.

The 2022 Oscars produced yet another example of how absurd the world of celebrity culture is. Acclaimed comedian Chris Rock made a joke about Jada Pinkett Smith’s, wife of Will Smith, recent hair loss. Which then elicited a violent response from Smith.

While the joke may have been distasteful, considering Pinkett Smith’s recent hair loss, violence is never the answer. What Smith did was undeniably wrong and there should be repercussions.

However, this is Hollywood. The incident should be seen more as a hilarious moment that will go down, as Rock said, “The greatest night in the history of television.” The tone for how this should be perceived was set after the academy failed to do anything right after the altercation. They not only chose not to remove Smith from the event after assaulting another man, but they also went on to give Smith the Oscar for best actor, one of the night’s biggest awards.

Smith resigning from the academy was justified, and needed to happen, but the fact there are discussions of Smith potentially losing his Oscar is blasphemous.

The academy knew what they were doing by allowing Smith to return to his seat with no repercussions. This event would receive plenty of coverage on its own, but knowing Smith would eventually win the award for best actor was the icing on the cake for the academy.

The Will Smith slap is the best thing to happen to the Oscars in decades. It’s no secret that views have been dropping for the Oscars in recent years. The views after the incident skyrocketed and crushed the view count from the year before. The Oscars desperately needed something to boost interest, and they got it with the Will Smith slap. Taking the award from the man who has potentially brought life back to a dying event would be wrong.

As for the other repercussions Smith is facing, for example, the potential total cancelation of Smith’s new film with Netflix that was in the works. The slap alone will do more for his name than a movie ever could. Any celebrity would happily have their name dominate the news coverage, even if it were in a somewhat negative light.

Once again, violence should never be encouraged, but everyone involved in this incident is walking away on top. The Smith Family, the Oscars, the film industry, the public, and even Chris Rock will benefit. Unless something was done on the spot, this slap could only mean more financial gain for all involved.