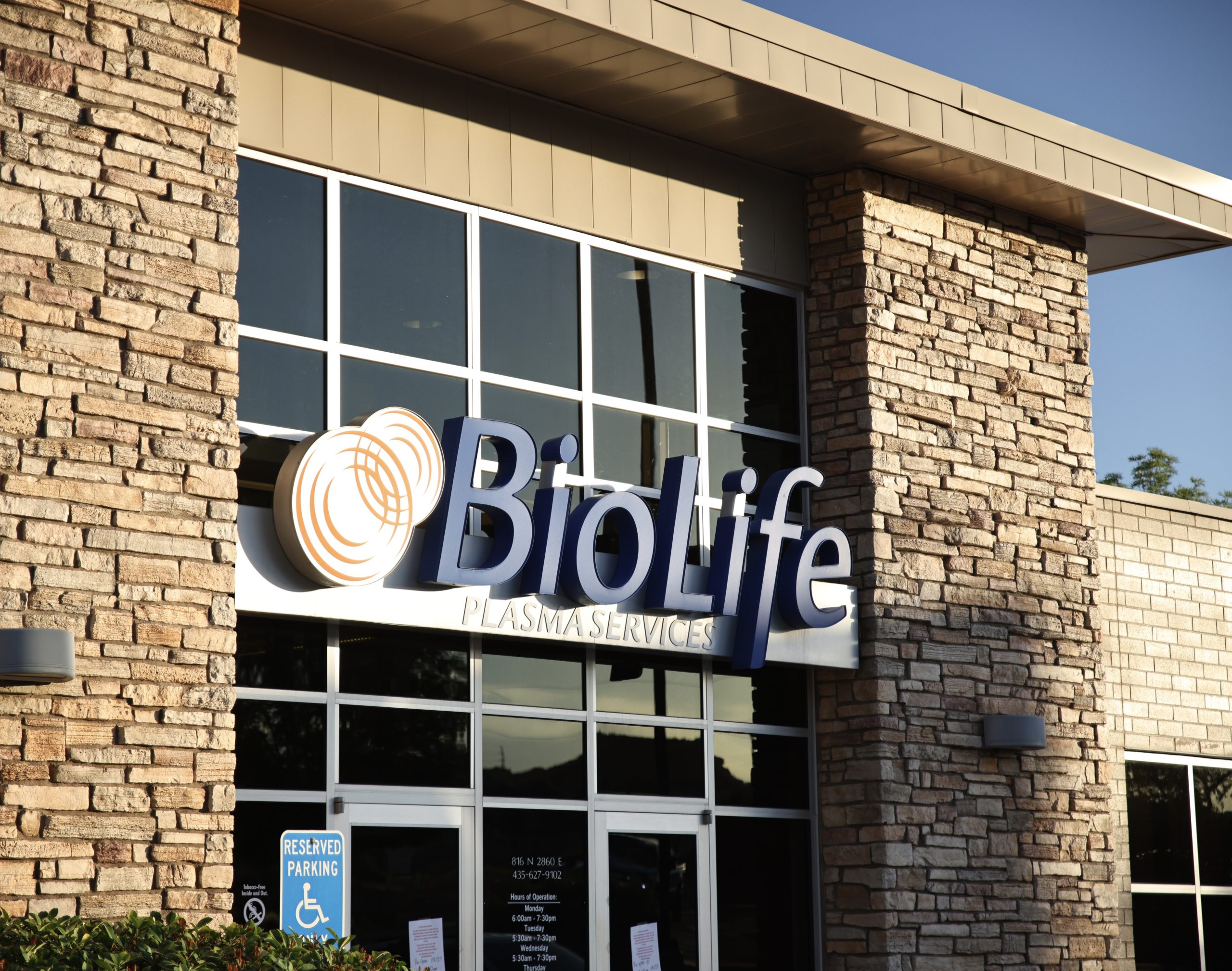 BioLife is the go-to place for people to donate plasma in St. George. Many students think donating plasma is rewarding; however, it is more controversial. Misha Mosiichuk | Sun News Daily

Donating plasma can seem like a great option for broke college students to make extra cash. Unless something goes wrong.

Biolife’s opening offer is what draws people to them. You can make up to $900 in a month, which is more than some of us make at our actual jobs.

That month, though, is physically and mentally draining for its participants. You’ll need to complete eight donations in one month to receive the full payment, with at least one day separating donations. There are a lot of risks that come with donating plasma, they explain them to you, but no one expects the unthinkable could happen to them.

My plasma donation experience wasn’t great: It was painful, exhausting and felt more like a chore than anything else. The technicians don’t seem to be experienced, and a lot of them were fresh out of high school.

Without the confidence of an experienced individual, they can make a lot of mistakes. More than once, they had to try multiple times to even find my vein, and instead of taking the needle out and trying again, they just wiggled it around in my arm trying to find a vein.

If they can’t find it that way, they’ll go to the other arm only to do the same thing. After both arms have been poked and prodded, if they can’t find a vein, they deem you unfit to donate that day and send you home without payment.

If they manage to find your vein and set up the donation, there’s a risk of the needle moving during the process. If that happens, when the machine starts returning your blood or saline to your vein, it will instead go into your arm. When this started happening to me, it took me five or six tries to catch someone’s attention. And at that point, a large hematoma started forming on my arm.

They tell you about the risks of forming a hematoma, but no one ever expects it to actually happen to them. The bruise started at the crease of my arm and ended next to my armpit. I couldn’t lift my arm without sending a sharp pain up to my shoulder, and it lasted for three weeks. During those weeks, I was only able to donate with my other arm, which meant breaking barely healed skin with each needle.

Some days I waited an hour in line to see if I was eligible that day only to be told my iron was too low and I’d have to come back the next day. One technician I spoke with during this process told me that sometimes the other technicians didn’t fill the vial with enough blood and it gave them a false reading.

Donating plasma may seem like a good idea to college students when they see the new donor promotion, but they don’t tell you that after the first month, each donation goes down to $20 a day, maybe $30. Only that first month yields any real profit and after that, it’s pocket change.

Students shouldn’t look at it as a supplemental income, they take more than they give and it’s not worth it to waste time donating. There are safer ways to make up for that money. When I started, I was working full-time and didn’t have much money, but at the end of the month, when I was told I wouldn’t be able to complete my eight donations because of a second hematoma, I realized how much I wasted on doing this.