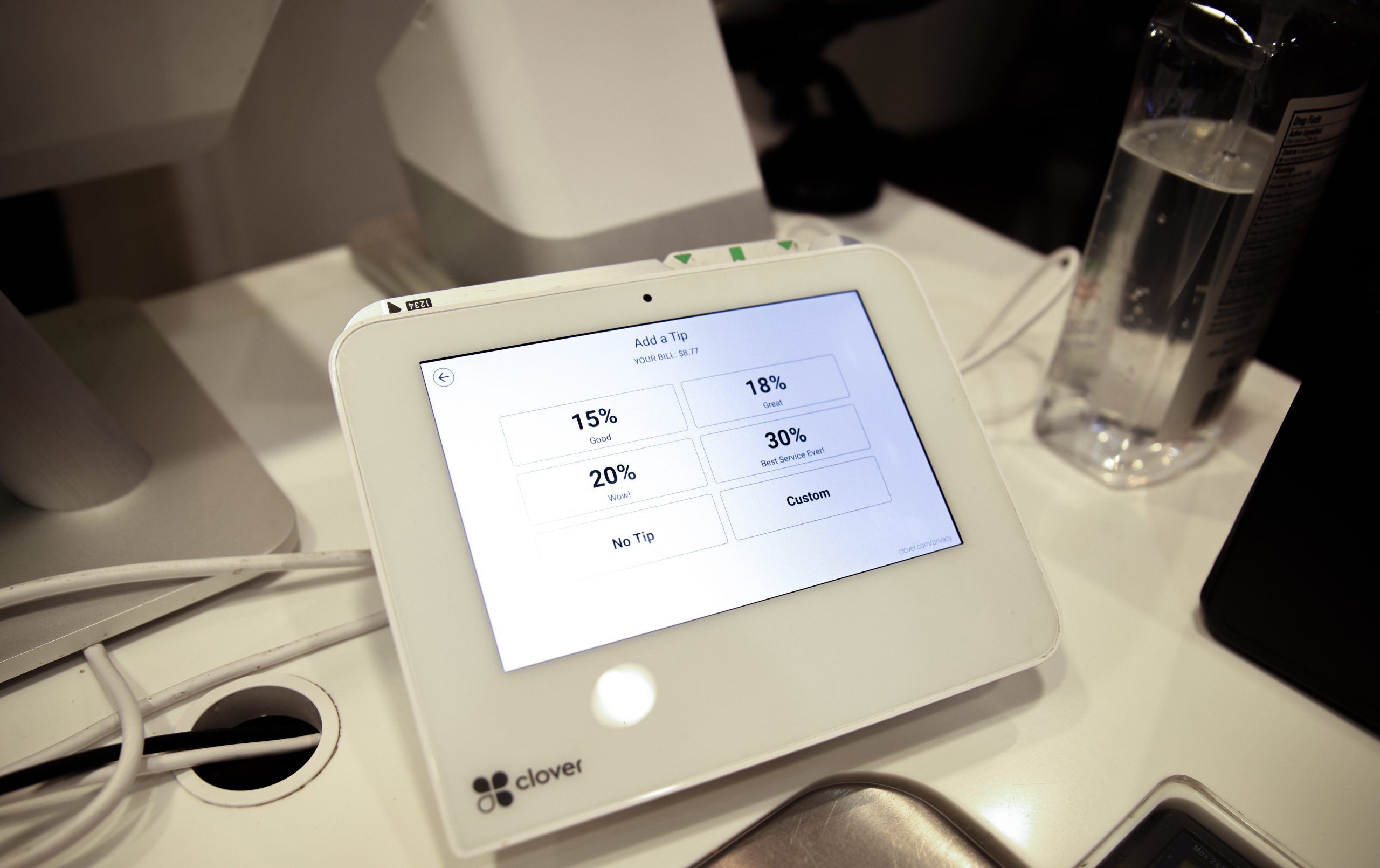 Nowadays tipping is expected both in restaurants and fast food chains; however, is it fair to the customers? Misha Mosiichuk | Sun News Daily

Every fast food joint in Utah seems to ask for an “optional” tip at check out these days.

I know you know what I am talking about, the classic tip-flip move at a fast-food joint. Picture this: the employee swipes your card, flips the tablet around, and you see the screen asking for a tip when all you ordered was a small fry, a cheeseburger and a Dr. Pepper for $8.

I’ve been asked to tip at several self-serve frozen yogurt chains. Shouldn’t I be getting the tip? I’m the one who made my dessert. It simply doesn’t make sense. A TikToker even mocked her own frozen yogurt employer for making employees ask for tips.

Don’t get me wrong, I am all for tipping when I am being served, especially at a sit down restaurant where you pay after the service has been completed. How am I supposed to tip someone if I don’t even know what the quality of the service is going to be or what the food will taste like? Most fast food joints don’t even serve you; they call your name, and you’re expected to get your food from the counter.

I went to Cafe Rio, and of course, at the end of my transaction, I was asked to add a tip. The cashier said sorry, it’s the dreaded question everyone hates. I appreciated that he acknowledged the pressure it puts on a customer, but it doesn’t cover up the fact that I was still asked to leave a tip. However, at Cafe Rio, it makes a more sense, as you pay for your food after you watch them make it.

What if I wanted to tip just one employee because they had great customer service skills? I can’t because when I add a tip on the tablet in front of me it goes toward all of the employees working. This also seems unfair to everyone involved.

Tipping in Utah is legally not required unless it is stated before your service has began. Even though it isn’t required, what am I supposed to do when I am getting puppy eyes or a stare down from the employee at the register? I don’t want to be that person who doesn’t tip the poor college or high school student. It feels wrong to select anything less than 25% in these situations.

Growing up, I worked at a snow cone shack where we asked people if they would like to add an optional tip, and I hated doing this. However, it did add up over the course of the two weeks I was getting paid. It feels awkward and uncomfortable for the employee and the customer. Asking someone if they want to add a tip before their food has been prepared seems wrong.

This whole new era of tipping at fast food restaurants seems to be happening because employers are not paying their employees enough, so they expect customers to make up for lost change. Honestly, I would prefer it if the cost of my purchase was a couple cents more rather than being asked to add a tip. This way an employer can pay their employees more, if that is even the goal of the optional tip, and I wouldn’t be as hesitant to go to that specific fast food joint. Businesses should not count on a customer in order for their employees to get paid an adequate hourly wage.