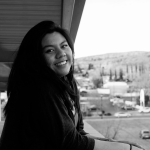 The majority of St. George residents identify as members of The Church of Jesus Christ of Latter-day Saints, so it doesn’t come as a surprise that the Dixie State campus is predominantly Mormon. With less religious diversity comes feelings of rejection, especially because one’s spirituality or religious affiliations have a strong influence on morals, perspectives […]

Shi-Quan Nettingham, Mike Nelson and Keshara Bjorkman are just a few successful people whose stories began at Dixie State University. Not only did these former students take advantage of what DSU has to offer and are continuing to be successful outside of school, but they all beat the odds, powered against diverse students like them, […]

Drill teams, or dance teams, are high school sports teams that compete and perform at other events such as half-time shows.  During high school drill team competitions, the teams perform routines in different categories. One category is a character-themed one that is, “A thematic routine which focuses on the portrayal and development of a character […]

Dixie State University is one of the safest schools in the nation, but that doesn’t mean students shouldn’t be prepared to tackle dangerous situations. According to DSU crime statistics, on DSU’s campus crimes against property are more common than crimes against people, but harassment still happens especially through technology. Ron Isaacson, captain security officer, said […]

Dixie State University is offering service-driven students a chance to visit Houston, Texas, or Puerto Rico in March. The 2018 Alternative Spring Break trip will be taking DSU students to assist communities with disaster relief efforts. The cost of the trips will be roughly $900 for Houston and $2,000 for Puerto Rico. Dillon Mckinney, a […]

A seven step application process is just the beginning for the average international student.  Dixie State University sees about 15 international undergraduates each year, and 70 percent of them continue pursuing higher education. Allison McMullin, DSU immigration coordinator, said one critical motivation for this is because international students will be competing with American students in […]

For Allison Arellano, the decision to attend Dixie State University was not an easy one. Although Dixie State University is home to thousands of impressive students, for Allison, simply attending DSU is near-miraculous.  Allison is a sophomore integrated studies major from a tiny island in the Northern Mariana Islands called Saipan. Life was no paradise […]