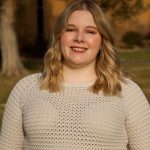 D-Week as DSU’s most memorable week

OPINION | Internships are exploitative and classist

You grind, put in long hours, probably pick up everyone’s coffee order, and for what? College credit and if you’re lucky, the experience, maybe a connection or two at most.  Most people don’t gain relevant industry experience in the classroom, and we are told to pursue internships that are usually unpaid, for this reason. Internships […]

Your car is packed, you have your playlist loaded, a drink in hand, and nothing more than a destination ahead.  Over the last several years, road trips and van life have slowly taken over social media. This has inspired thousands to pack their bags and hit the road after finals. Before you and your friends […]

OPINION | Utah is a cool place to live

When you think of Utah, you probably think of constant road construction and horrible air quality, but Utah is so much more than that. Utah has national parks, amazing ski resorts, Utah hosted the 2002 Winter Olympics, and multiple films have been filmed here. Let’s start off with the fact that Utah has five beautiful […]

5 ways students can cope with anxiety

Anxiety can affect college students both academically and socially, with 44% reporting they suffer from symptoms of anxiety and depression. Anxiety is a word that is used a lot when talking about being stressed out in general but anxiety is something different. Dr. Adam Moore, clinical director of Alliant Counseling, said, “Anxiety is generally a […]

OPINION | Dating apps are not a place to meet people

Online dating: it’s demoralizing, daunting, more trouble than it’s worth and weirdly enough this is how young adults meet people. Dating in college is part of the experience especially since you have a group of people sharing common experiences. Since we live on our phones, it’s only natural if we are looking for someone to […]

On Feb. 24 President Vladimir Putin ordered Russian military forces to invade Ukraine.   Since then, Americans have watched the war in Ukraine play out on social media. In Russia, Alex Luhn, a Vice World news reporter was filming a TikTok of the anti-war protest that was happening and was arrested. After he told police he […]

It is Oscar season and the Academy of Motion Picture Arts and Sciences dropped its Oscar nominations for 2022, but they are cliché typical Oscar bait.  “Belfast,” “Coda,” “Drive My Car,” “Licorice Pizza,” “Power Of The Dog,” “King Richard,” “Don’t Look Up,” “Nightmare Ally,” “Dune” and “West Side Story” have been nominated for best picture. […]

Picture this: You’re stressed, maybe a little blue, a little mad, then you put on that one song that transports you to your happy place. You’re vibing, singing along and your mood went from bad to good, you’re feeling better. Around campus there are students constantly listening to music with headphones in. Whether it’s to […]

Men’s golf team has the “drive” for success

The men’s golf team has kicked off the start of its season with The Southern Utah Pizza Hut Pat Hicks Invitational which started Feb.11th. With the start of the season, we will be seeing a fresh face on the coaching staff. In October of 2021 Dixie State University’s men’s golf head coach, Brad Sutterfield announced […]