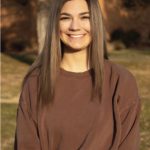 The Dixie State University football team admitted two new coaches to the staff to continue to build the team to the wins they “deserve.” DSU head coach Paul Peterson announced the new additions for co-defensive coordinator and wide-recievers coaching positions on March 2. Shane Hunter was announced as the new co-defensive coordinator and Billy Ray […]

The Dixie State University baseball team won two of three games against Utah Valley University on March 4-6. The last time DSU played UVU, the Trailblazers won the game leading with 11 runs and ending with a score of 11-0. The win streak against UVU did not let up until the last game as the […]

Dixie State University’s dance team, the Dixie Blaze, competed at the 2022 USA Collegiate Championships in Anaheim, California, and placed second. This is the first time Dixie Blaze has represented DSU at a national tournament. The team made themselves well known and proved their skill against teams across the nation. Head Coach Kori Esplin said […]

DSU club sports: opportunities to get involved with more competition

Dixie State University’s women’s golf team traveled to Jacksonville, Florida to open its first tournament of the 2022 season. The team played at the Jacksonville San Jose Intercollegiate Tournament and took a team placement of 16th out of 18 teams. Abby Livingston, a junior healthcare administration major from Novi, Michigan, and Madison Moss, a junior […]

Dixie State University’s women’s tennis team is working hard in practice and tournaments and are continuing to see improvements every day. The DSU tennis team started its season on Jan. 15 against the University of Utah. The team has competed and lost seven tournaments this season. The scores at the start of the season have […]

Dixie State University baseball has prepared to start its 2022 season playing Arizona State. The season will start a three-game series at PAC-12 Power Arizona State. The team is excited to compete, recognize where they stand as a team and explore what there is to improve on. Tyler Hollow, a senior exercise science major from […]

Student athletes have a great deal of responsibilities that may lead to bad performances in their preferred sport. It is important to stay both mentally and physically healthy, so they can perform at their best. A couple responsibilities student athletes deal with on a regular basis are: school, homework, work, practice, games and social life. […]